1) The addition of the Dallas Mavericks who joined the NBA that season: 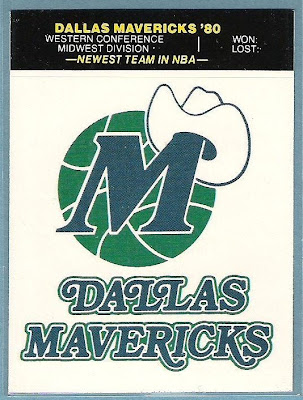 2) The addition of card backs featuring cartoons highlighting various "records" from the 1979-80 season: 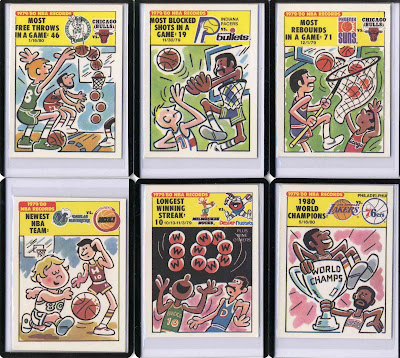 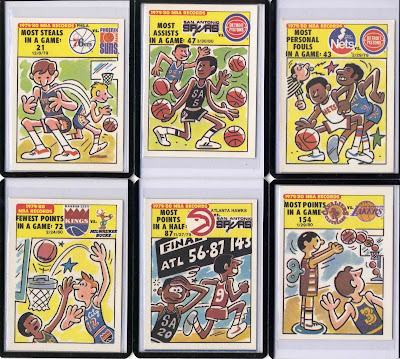 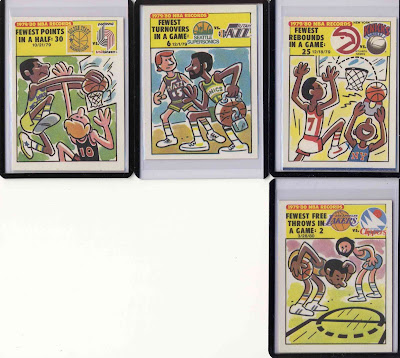 Here is the full set of all 23 teams: 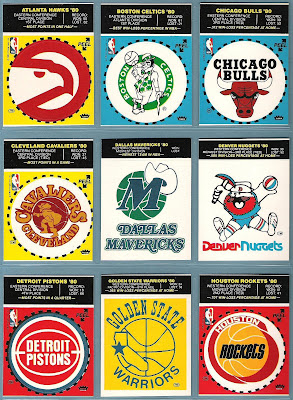 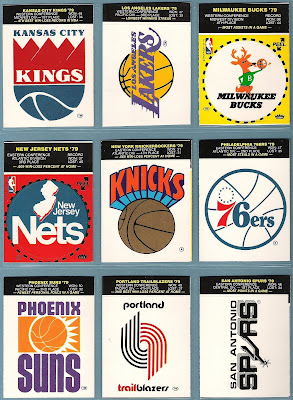 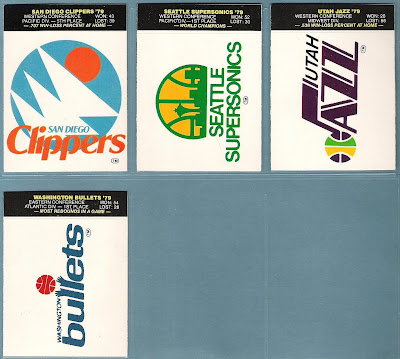 As in previous years, the teams with colored borders (Hawks, Celtics, Bulls, Cavaliers, Pistons, Rockets, Bucks, and Nets) can be found with all 3 different colored borders (blue, red, and yellow).

In addition to the cartoon backs, there were also puzzle backs as well. The puzzle highlights the 1979-80 NBA Championship Series between the Lakers and the 76ers: 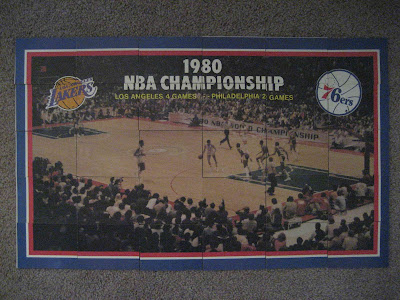 The pictures of the cartoon backs and the puzzle are courtesy of Fleer Sticker Project contributor and Fleer Basketball expert Craig. Thanks Craig!

The wrapper accounts for the addition of the Dallas Mavericks by indicating that there are now 23 team stickers (previous wrappers have indicated 22 teams), and also mentions the cartoon backs by referring to them as "trading cards": 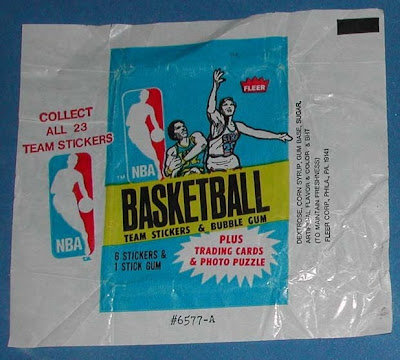 ha ha! some of the stickers that represent the records of the season are absolutely hilarious. I especially love the one for the world championships, sitting in the trophy, haha.