For their 1987 Baseball wax boxes, Topps once again issued 4 different card panels to encourage collectors to buy multiple boxes, but this year they put the cards on the back of the box instead of on the bottom, which resulted in only 2 cards per panel instead of 4 as they had done the previous year. 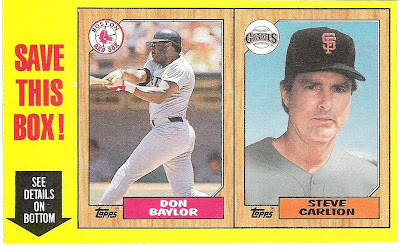 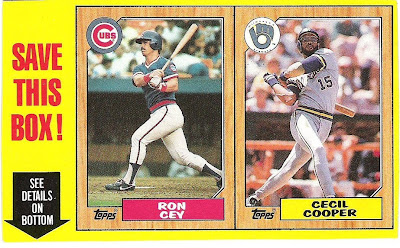 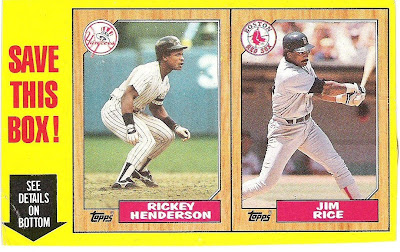 The cards are numbered A - H, and the backs include a writeup about a career milestone the player reached during the 1986 season: 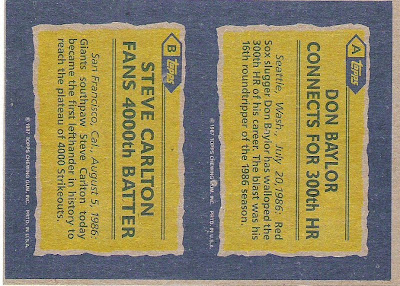 Because they are located on the back of the box instead of the bottom, in order to fit both cards on the panel, they are smaller than a standard sized card, and are closer to the size of 1975 Topps mini cards. This picture of the set in a 9 pocket sheet gives an idea of their size: 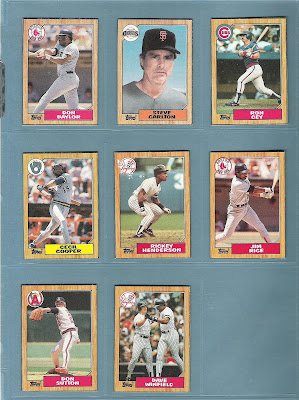 The bottom of the box includes a small checklist of the 4 different boxes: 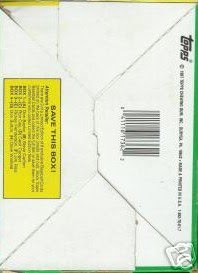 Here is a view of the top of the box: 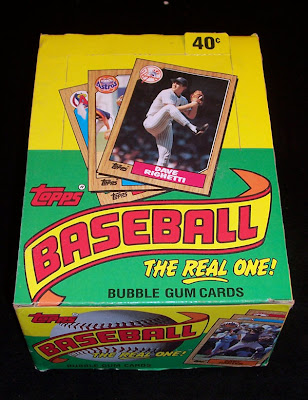 OPC issued the same 8 card set, but put the cards on the bottom of the box in 4 card panels (although they did retain the smaller card size), so there are only 2 different OPC boxes: 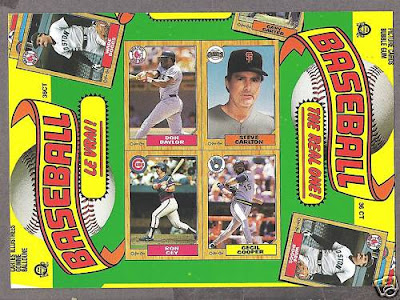 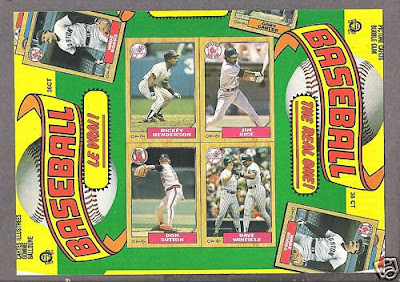 The backs have English / French backs with the OPC logo: 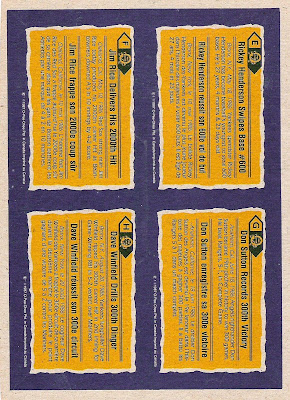