While the Mini Pennant set that I previously reviewed may or may not have been released by Post Cereal back in the early 1960s, there is no doubt that these 1982 Team Cards were part of a promotion done by Post: 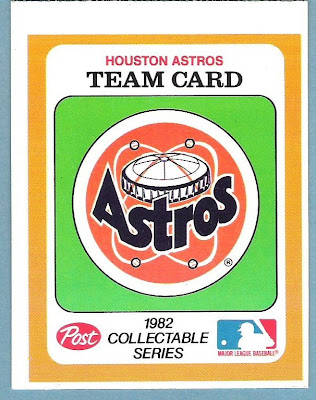 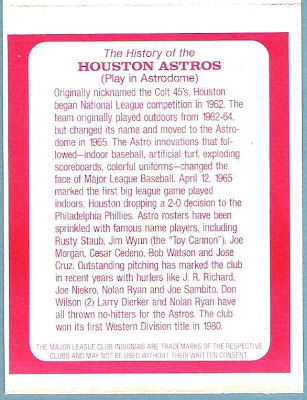 as well as an attached contest form: 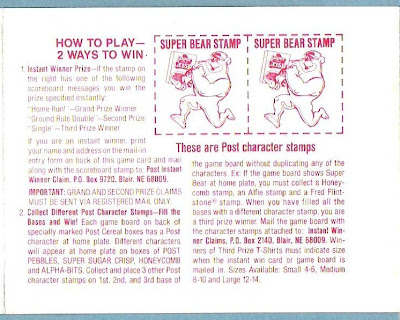 It appears the contest was to collect character stamps from different Post Cereals (like Super Bear from Sugar Crisp, Fred Flintstone from Fruity Pebbles, etc) and place them on a game board that was on back of the cereal boxes.

If you were able to get all the players shown on the box, you could send in the pieces and receive a T-shirt (which was considered 3rd Prize). There was also a Grand Prize as well as Second Prizes, but the cards don't mention what those prizes were. Here is a view of the inside of the entire unfolded card:

The flip side of the contest card had all the legal terms and conditions as well as the form to claim your T-shirt:

I've only got a few of these, so I'm afraid I can't show the entire set. These are from the boxes of cereal that I ate back in '82. I'm glad I saved the cards, but I wish I'd gotten a few more boxes! 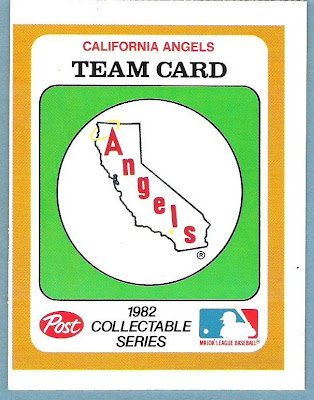 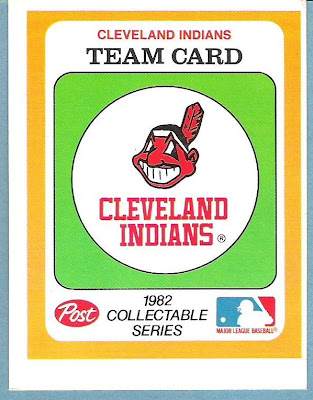 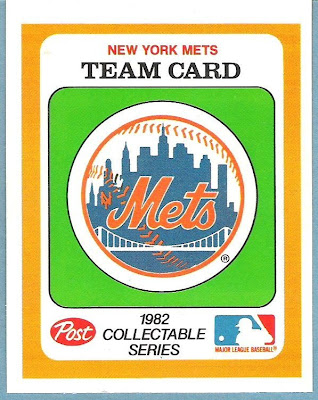 And here are a few I've seen for sale on ebay: 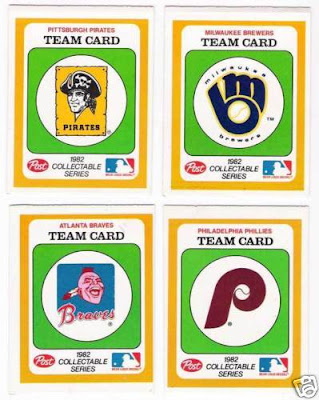