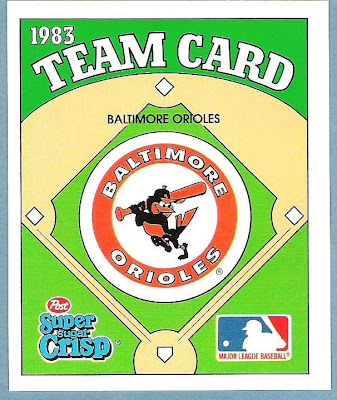 Given the Super Sugar Crisp logo on the front of the card, it appears that rather than being found in a number of different brands of Post Cereal like the 1982 set, the 1983 set was only available in this one brand of cereal.

The cards once again featured a team history on the back: In looking at the back of this Orioles team card, it looks like Post has got its history wrong. According to this card, Jim Palmer never won 20 games or a Cy Young award. I guess this means you can't trust Sugar Bear to get his baseball facts straight. 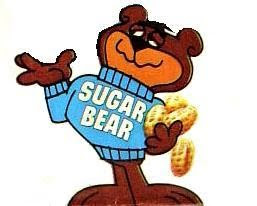 If you want to get a cereal spokesanimal who actually knows his baseball, then Tony the Tiger is the guy to talk to since everyone knows he rolls with Ozzie Smith. 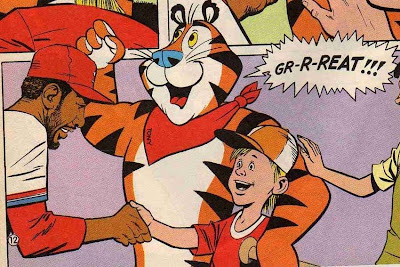 You can see the full story here at Cardboard Junkie's awesome retelling of the baseball classic "The Kid Who Could".

Since a number of complete sets can be found for sale on ebay, the cereal box may have contained an offer to order the entire set. Speaking of complete sets, here is a look at the full set of 26 teams: 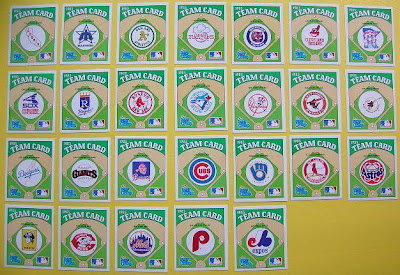 It would be nice to see an updated version of a promotion like this as it sure would make breakfast more fun!
Posted by Fleerfan at 7:19 PM

I always like when you feature an Orioles card up top.

And I totally agree about a promotion like this today. I would buy whatever cereal just to get the cards/stickers/etc.