Putting the Logos Back Where They Belong!

The Topps Vault is auctioning off some negatives that show what the pictures that were used in some of their 1981 Topps Football Super Action cards looked like before the airbrush artists got a hold of them and removed the team logos from the helmets (as well as some other items as we will see below). 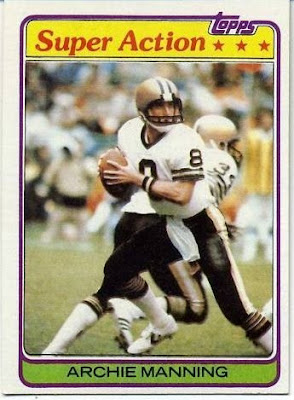 and then look at the actual photo: 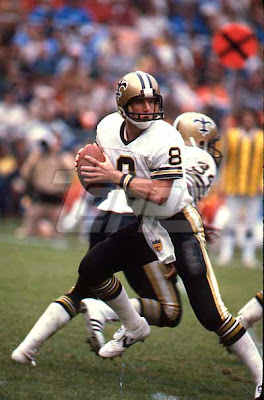 Not only did they remove the fleur-de-lis from the Saints helmets, but they also removed the Saints logo from Archie's hand towel. 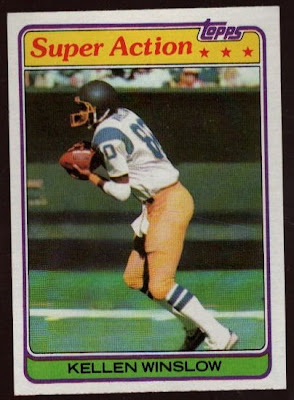 but he lost them from his jersey and pants as well. 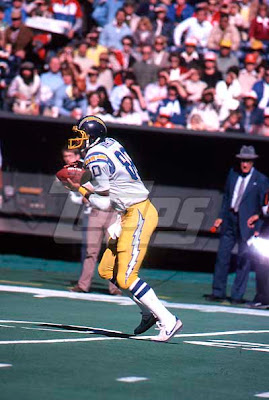 Not only that, but the person behind him on the sideline disappeared and the microphone cord is gone as well!

Here's another airbrush job on a Charger's uniform, but it looks like the artist must have been getting tired by this point since all he did was color the lightening bolt on the pants yellow since you can still see the outline of the bolt: 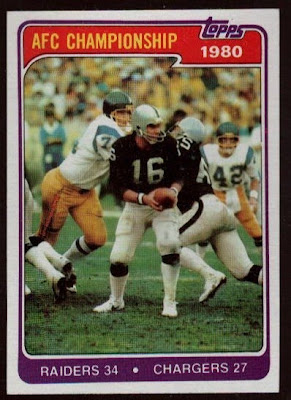 Here is the actual photo from the 1980 AFC Championship game: 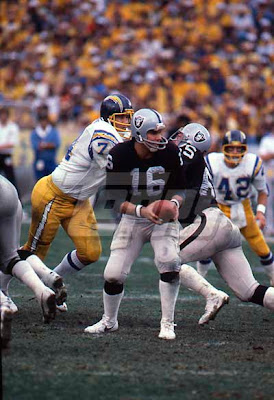 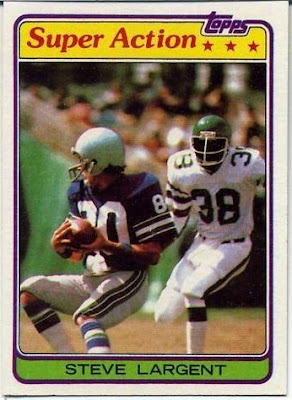 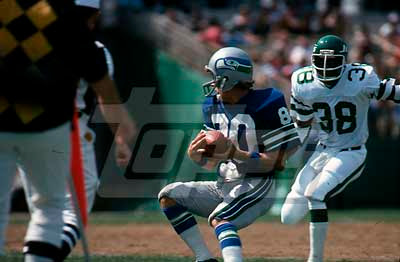 Even though the Browns were one team that Topps didn't have to deal with when it came to covering up logos, this Brian Sipe card still required airbrushing 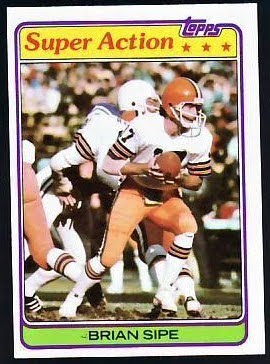 because of the Colts helmet in the background. 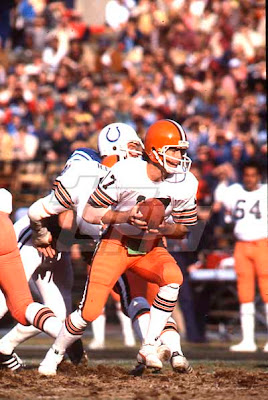 It looks like the Topps airbrush artist could not find the right shade of green to match the rest of the Eagles uniform as Wilbert Montgomery's helmet really doesn't go with the uniform: 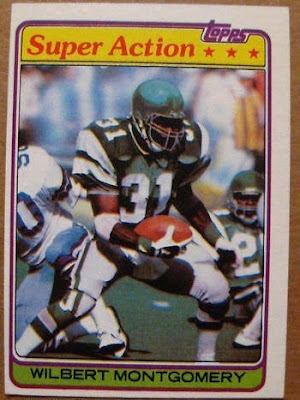 For some reason there is also a mysterious blue aura around the coaches on the sideline on the card that disappears when you see the original photo: 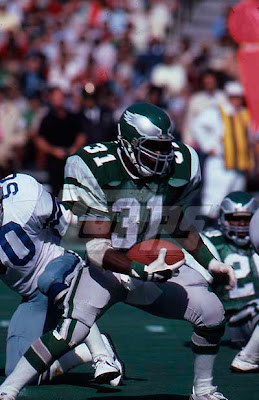 Finally, we have Ahmad Rashad after 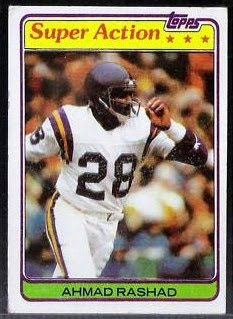 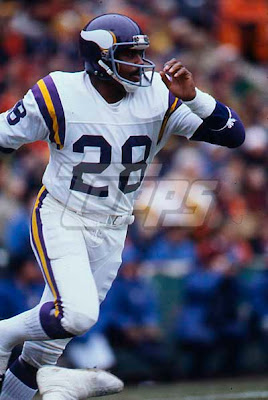 These negatives are fun to look at to see what was airbrushed out of the picture. Looking at these photos, I can't help but imagine how much better the Topps Football sets from 1970 through 1981 would have been had they not had to airbrush the photos to avoid paying licensing fees to the NFL during that time.

Fortunately 1981 was the last year that Topps had to airbrush as they finally worked things out with the NFL and were able to use logos again starting in 1982: 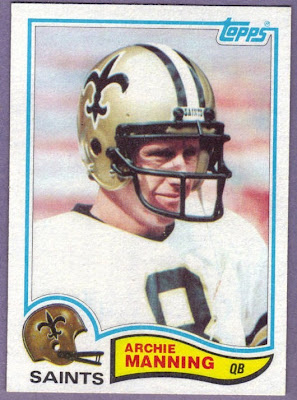 Nice article! I never noticed that Topps airbrushed the bolts off the Chargers' jerseys and pants, too. I thought it was just the helmets. The colors on the cards are a lot duller, too, aren't they?

That's the worst when a company doesn't have a license. The product just doesn't look right.

I hated those logoless cards. I remember my friend and I getting excited when a card of Fred Cox from 1974 (or so) showed a light version of the Vikes logo. We were very logo deprived!

I do have a question that has bugged me for years. I do remember in 79 (I think) that the cards of the Rams still had the horns on the helmets, but the rest of teams did not have logos. I found it strange then, but I have not had the time to see why the Rams were treated different. Maybe someone can help.

Don, I remember those Rams helmets in Topps cards too. I think that the cards had more of a horn-looking "stripe" that went from the front of the helmet to the back, never curling back up. Here's a photo of Jack Youngblood's 1980 card http://amzn.to/aDNDrV