1970 Kellogg's Baseball Iron Ons - Trying to Pull a Fast One on Topps!

Getting back to the review of cereal related releases featuring team logos, one of the more obscure sets is 1970 Kellogg's Baseball Iron Ons: 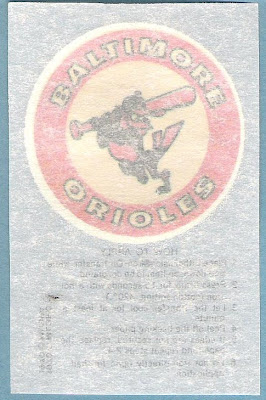 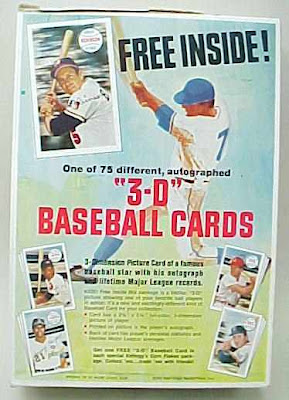 but rather were used as a way to get around the Topps monopoly that forbid any competitors from selling baseball cards.

While Kellogg's could include cards in their boxes of cereal (and apparently offer a full set for sale as a promotion with their product), they couldn't sell the cards directly in stores....or could they?

As a way to sneak around Topps, the 1970 Kellogg's cards were included "FREE" with the purchase of 2 Major League Iron-On Patches in packs like this: 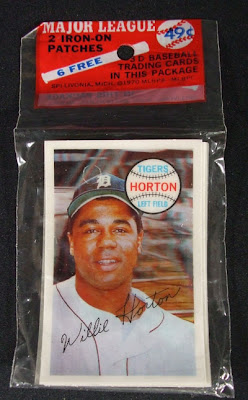 Of course, its very easy to see through this ploy, especially when you don't even see the patches in the packs - all you see are the cards! Lets see, I get 6 cards and 2 iron ons, but I'm actually getting the cards free. Yeah, right!

Here is a picture of the box they came in: 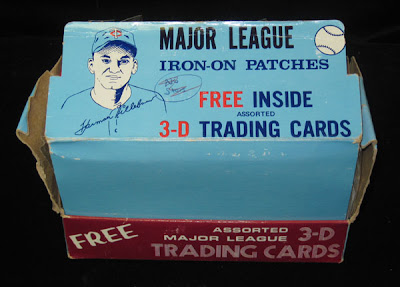 which also highlights that the cards are "FREE". The drawing of Harmon Killebrew on the box looks to be based on his 1970 Kellogg's card: 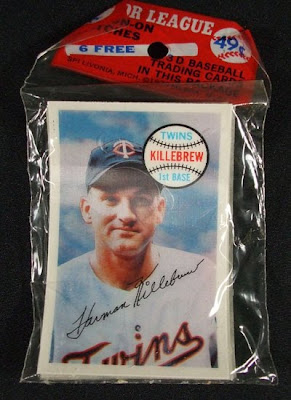 There are apparently only 10 team iron-ons in the set. In addition to the Orioles patch shown above, the following teams were also included: 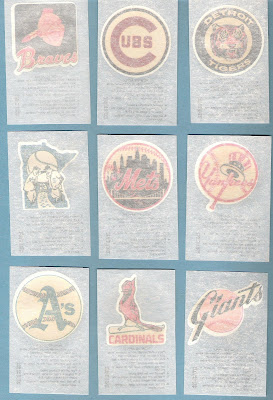 Whenever I've seen these listed for sale, it is always these same 10 teams, so I'm assuming that these were the only teams produced.

Here are pictures from some previous auctions to show that it is always the same teams that are offered for sale: 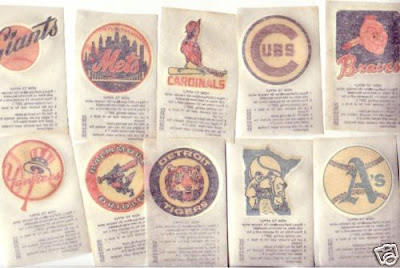 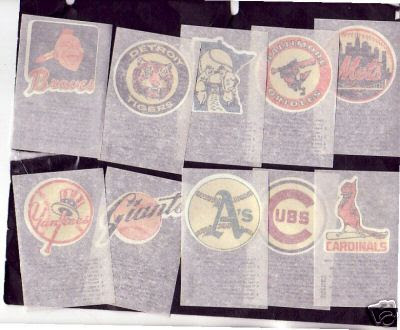 The fact that they couldn't even bother to produce iron ons for half the teams makes it very clear that the iron ons were just a gimmick to sell the cards and to try to get around Topps.

What isn't clear is whether Kellogg's was even involved, since their name doesn't show on the iron-ons, the pack, or the box. Also not clear is whether the intention all along was to sell these at retail when the cereal promotion was created, or whether this was done after the cereal promotion was over to move unused cards by the card manufacturer (the Xograph Company). I'm guessing it may have been the latter given there is no mention of Kellogg's.

The backs have instructions for applying the iron-on: 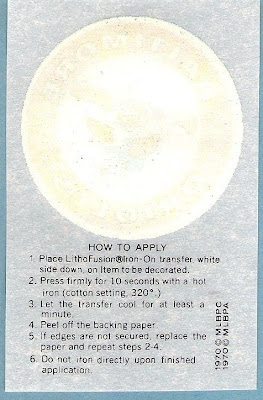 Its probably not accurate to call this a Kellogg's set as it appears Kelloggs may not have been involved, but since they were sold along with "FREE" 1970 Kellogg's cards, they have come to be known in the hobby as the 1970 Kellogg's iron-ons.
Posted by Fleerfan at 8:03 PM