The stamps could be purchased in two different ways: Either as sheets or in stamp dispensers.

The stamp sheets each contained 72 stamps, with 4 separate sheets making a full set: 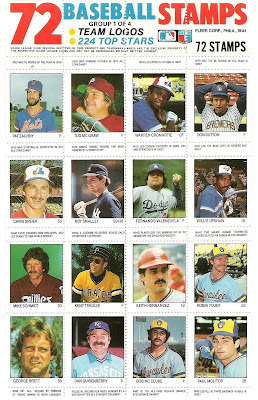 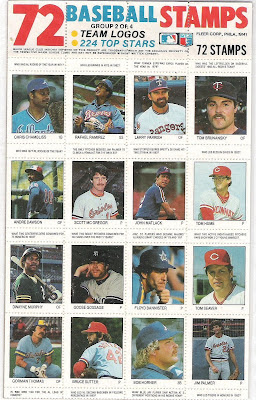 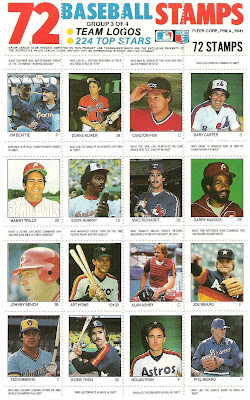 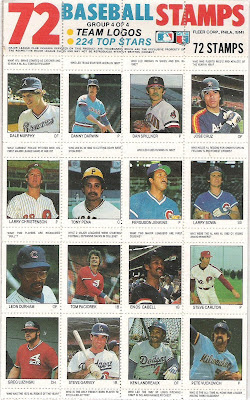 In addition to player photos and team logos, there were also trivia questions regarding the players pictured just below the question.

Apparently there was a poster for collecting the stamps (as seen in the offer below), but I'm afraid I've never seen one and don't have a picture to share. 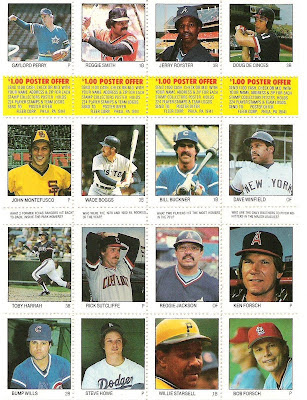 The other way to collect the stamps was by purchasing individual stamp dispensers which contained a strip of 18 stamps. The strips in the dispensers were taken from 1 column of one of the stamp sheets above (4 columns X 18 stamps per column = 72 stamps = 1 sheet). It would take 4 dispensers to make up all the stamps that could be found on one sheet. 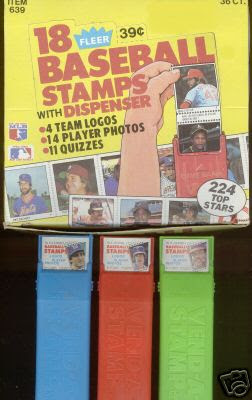 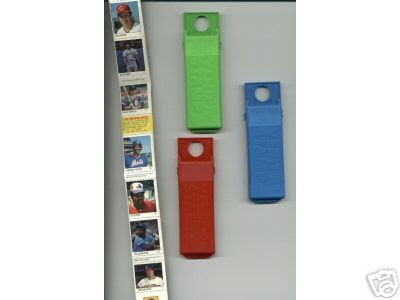 Its a bit hard to read on the sell sheet, but the sell sheet says "Its an action packed plastic stamp dispenser that clips onto your belt and doubles as a coin bank!" 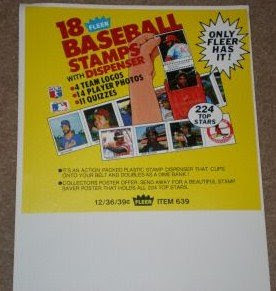 The trivia questions work a little bit better when used with the dispenser as you can pull the strip out a little bit at a time and read the question and try to guess the answer before seeing who is pictured on the stamp below the question.

After trying to get collectors interested in stamps in 1982 and 1983, Fleer decided there really wasn't much of a market for baseball stamps, and never issued any more stamp sets after 1983.
Posted by Fleerfan at 8:02 PM

"Action Packed" dispenser and coin bank??? How were these not popular?