Once again Fleer went with small stickers for their annual Star Sticker set in 1985: 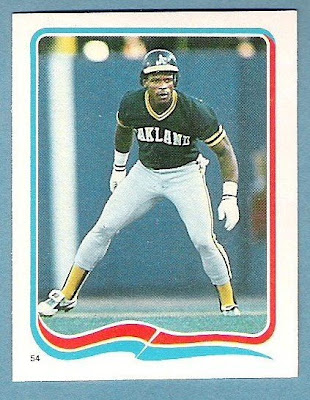 The stickers were sold in packs of 6, and also included 1 team logo sticker: 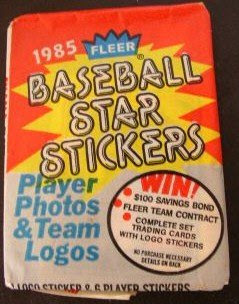 The team stickers are the same logo and cap stickers that were issued with the 1985 Fleer Baseball Card set. Here's a picture of Tom Seaver's sticker beside the White Sox jersey sticker to give an idea of the size of the Star Stickers: 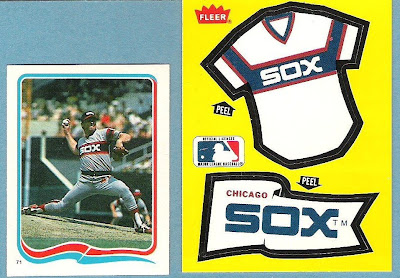 Just like the 1984 Star Sticker Set, there was an album for the stickers, which was arranged by leaders of various statistical categories. Two pages were also included for the team logo stickers. 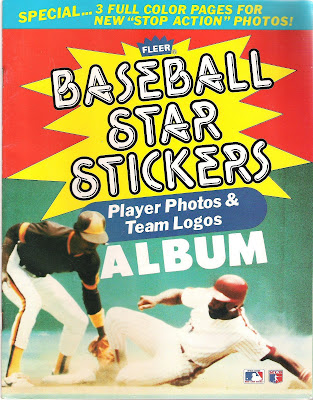 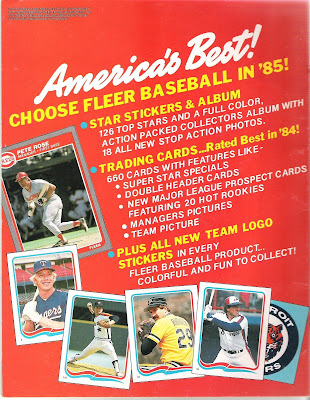 As the front and the back of the album mention, there was a subset series of "Stop Action" photos showing a player in action over a series of 6 photos. Eddie Murray was shown batting, Mike Schmidt was shown fielding, and Tom Seaver was shown pitching.

Here is the sequence of the Eddie Murray "Stop Action" photos: 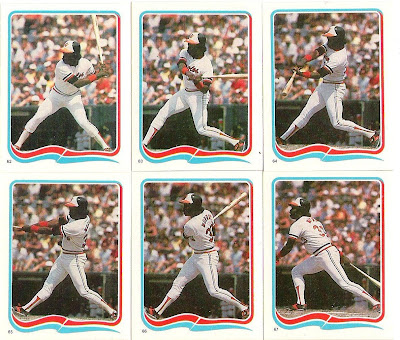 The albums also included a set of 3 team logo stickers on a perforated strip that was inserted in the album. Here are a few examples: 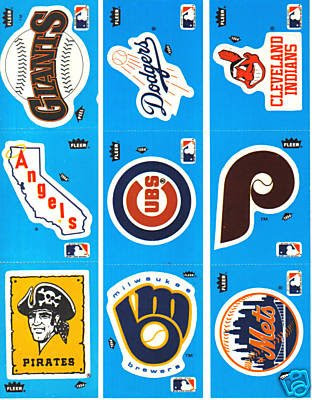 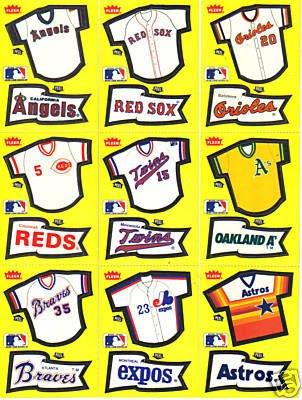 Thanks to the back of the sticker album, I now know why I've got this thing about collecting and blogging about Fleer Stickers - its because they're "colorful and fun to collect!":

Now it all makes sense. Thanks for helping explain the reason for my condition Fleer!
Posted by Fleerfan at 10:00 PM

This was one of the first sticker sets that I tried completing. I failed miserably, but I still have fond memories of trying.

2 Questions:
1. Are the small print back, large print back and blank back sets, exactly the same on the front with the same "PEEL" and jersey variations.


2. Does anybody have the checklist for 3-card perforated panels?