There was one other way to find Fleer Baseball stickers in 1985: 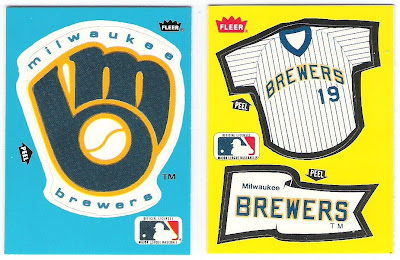 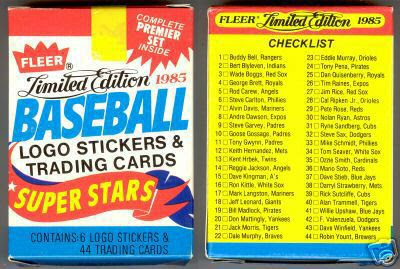 1985 was the first year that Fleer issued a boxed set of cards for sale at retail chains. Topps had originated the concept a few years earlier in 1982 when they issued a set commemorating 20 years of MVPS for K-Mart in conjunction with the chain's 20th anniversary. 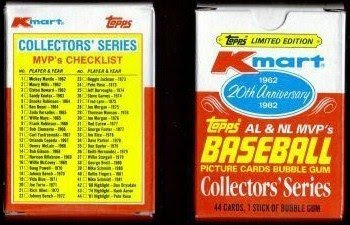 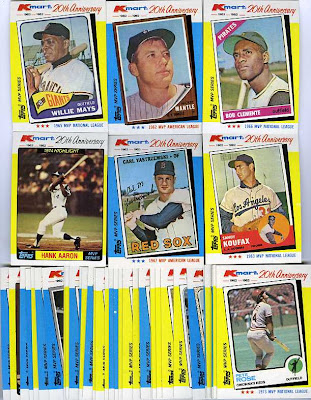 The Fleer Limited Edition Baseball Superstars set was available at McCrory's, and became an annual release for 5 years from 1985 through 1989. Here is a look at the entire set, including 16 Hall of Famers: 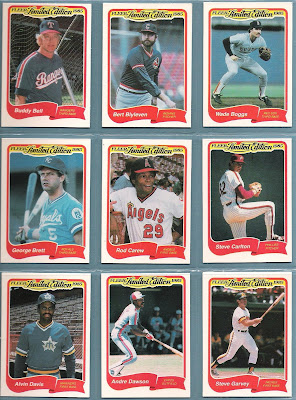 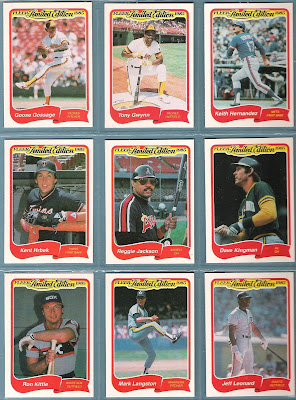 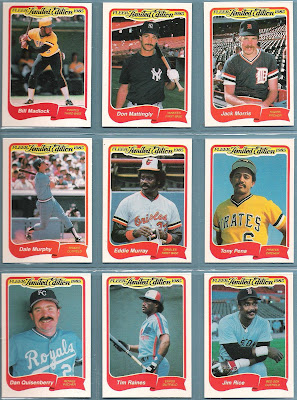 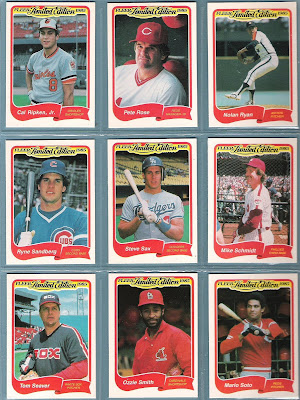 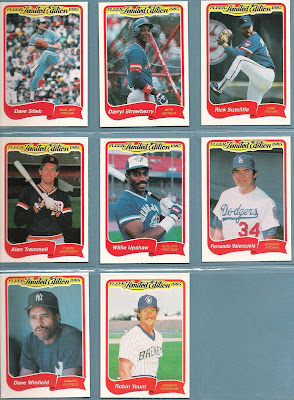 After the debut of the retail box set for McCrory's in 1985, Fleer went crazy with the concept issuing multiple box sets for other chains from 1986 through 1990, with sets such as Baseball's Best, League Leaders, Exciting Stars, Hottest Stars, All Stars, Award Winners, Game Winners, Record Setters, Heroes of Baseball , and MVP for chains such as Walgreens, Cumberland Farms, Ben Franklin, Woolworth, Revco, Toys-R-Us, and 7-11.

Since we were still a few years away from the days where new sets were being released seemingly each week, these sets were a great way for collectors to have a few more cards of their favorite players. However, collectors did start to grow a little weary after a while tracking down all these sets each year (especially if you did not have one of the particular retain chains in your area), and Fleer finally gave up producing the sets after 1990.
Posted by Fleerfan at 9:46 PM

I collect Red Sox team sets. Im trying to find the actual Red Sox stickers that came in the Fleer Sets (Including Sub-Sets).
Is there anyone who has pictures of each set that include stickers?

I have the entire 1985 set in mint condition with all the team Jersey stickers. Want to know what it looks like?