As I was checking out A Pack A Day this evening, I saw that Gamblers Fan posted the contents of 2 1982 Topps Baseball Stickers packs which came in this wrapper: 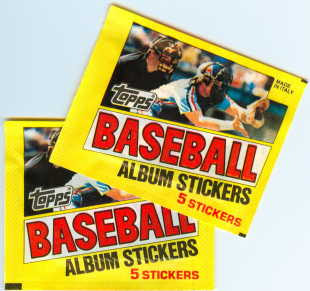 Most people probably don't know that there was an unpublished Wacky Package sticker which parodied this wrapper which was created around the time the baseball stickers were issued: 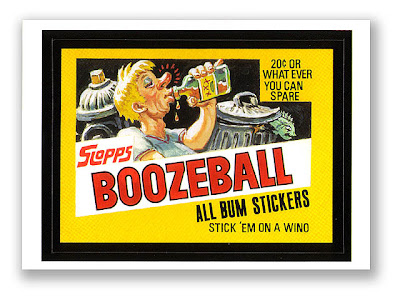 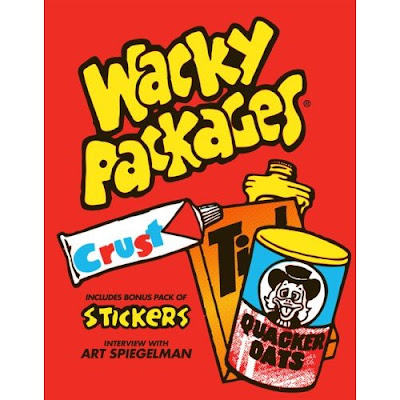 I had previously posted the various sports card collecting Wacky Packages a few months ago on my post about my memories of collecting Wackys, but since the book had not been released at the time I wrote my post, I wasn't aware of the Boozeball sticker.

Seeing the Pack A Day post tonight reminded me of the sticker that came with the book, so I thought this would be a good time to share the sticker with everyone.

If you are interested in Wacky Packages, or specifically in the book, I highly recommend The Wacky Packages Website which has all the information you would ever want to know about Wackys. I'd like to thank Greg for the Boozeball scan which I borrowed from his site.
Posted by Fleerfan at 9:57 PM