The 1972 patch on the left has "STEELERS" in all caps while the 1973 patch has "Steelers" in a lower case stencil font.

In 1974 the facemask changed from single bar to double bar: 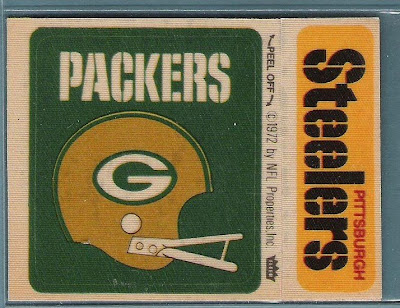 while the 1975 issue added TMs (although its hard to see against the dark green background): 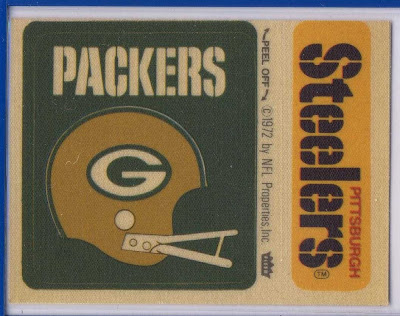 The 1976 series added a yellow border around the helmet patch as well as had the matching Hi-Gloss helmet sticker: 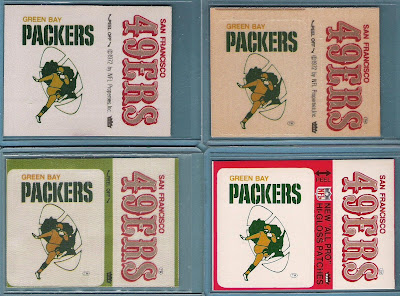 with the cloth patch and Hi-Gloss sticker from 1976 seen on the bottom.
Posted by Fleerfan at 9:53 PM