1984 Fleer Baseball Stickers and the Year in Review

The 1984 Fleer Baseball stickers were identical to the 1983 set except for the backs. 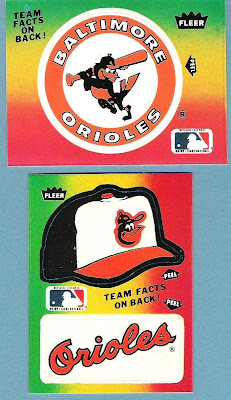 The 1984 backs are red (whereas the 1983 sticker backs were blue), and contain team stats from the 1983 season. Here are the backs of the 1983 World Series Champion Orioles: 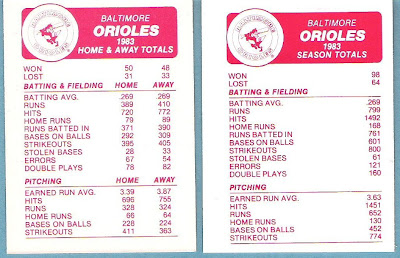 There were only 2 teams that had changes in their stickers from 1983 to 1984. The Astros cap changed from orange to dark blue, and the Rangers logo design changed slightly: 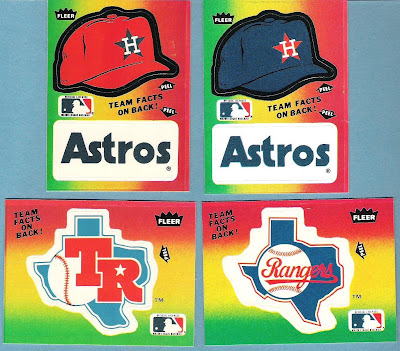 The exact same border and "PEEL" variations that I described in the 1983 set are present in the 1984 set as well.

The stickers were inserted in packs of 1984 Fleer Baseball cards: 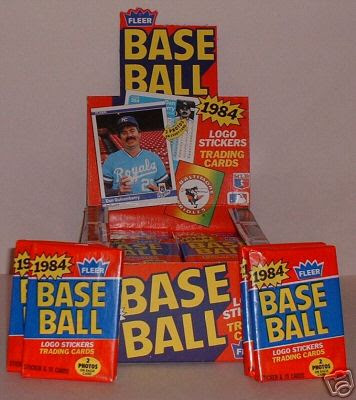 The 1984 set was Fleer's best to date, with a clean design and much better photography than had been used in previous years. The hot cards that everyone was trying to find were the Don Mattingly and Darryl Strawberry rookie cards: 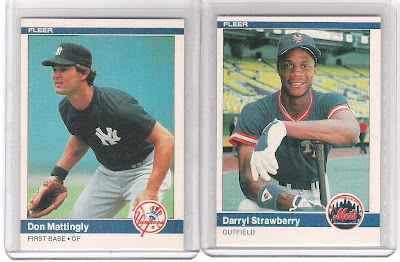 Donruss also released their best set up to that point, and printed it in much lower quantities than what they had produced in previous years, making it an instant classic. 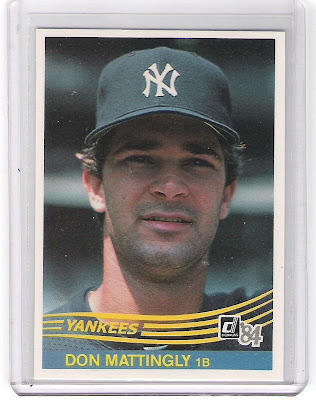 The 1984 Topps set was not a bad effort either: 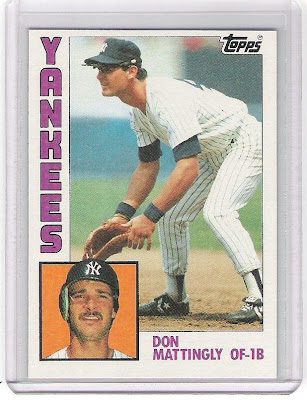 As part of my flashback to 1984, here is the catalog from Renata Galasso where I purchased all my sets that year: 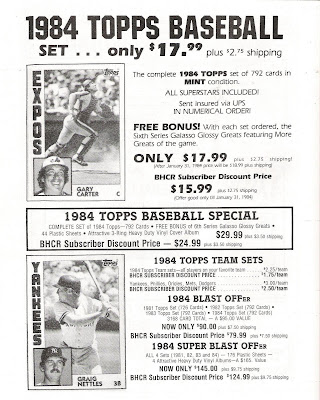 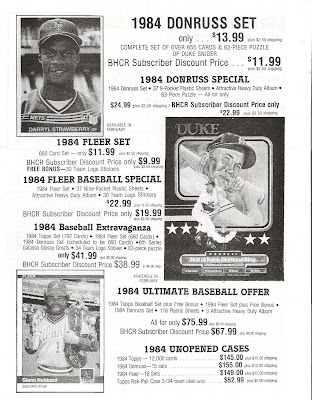 You can see from the ads above, that Topps was still the big kid on the block as they have a full page and Fleer and Donruss have to share a page.

I will always be grateful for a letter I received in the mail from Renata Galasso in the summer of 1984: 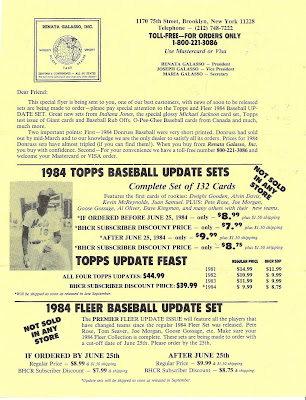 Down at the bottom is an offer to buy the 1984 Fleer Update set for $7.99! The 1984 Fleer Update set was the first time Fleer had decided to copy the practice that Topps had started in 1981 with putting out a boxed set of cards later in the year showing players who had been traded and rookies that had made it to the big leagues: 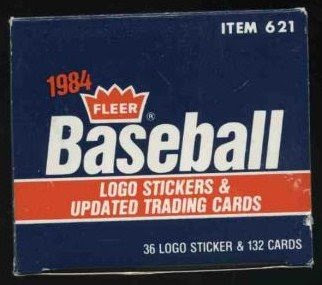 Fortunately I took Renata up of this offer, but regrettably I only bought 1 set (and not a few cases!). For those of you who don't remember what collecting was like before the internet or before Beckett (which didn't issue its first monthly guide until November 1984) 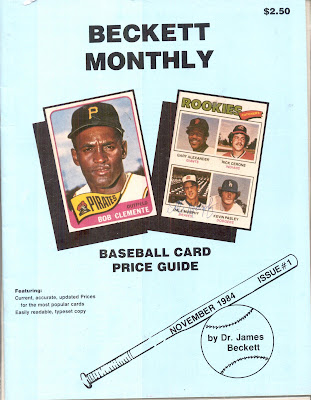 getting updates in the mail like this was how most of us found out about new releases that were coming out.

Thanks to Renata, I was able to buy my 1984 Fleer Update set (which also came with Fleer Baseball Stickers!), and picked up a few nice rookie cards of guys named Kirby Puckett and Roger Clemens: 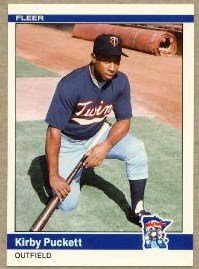 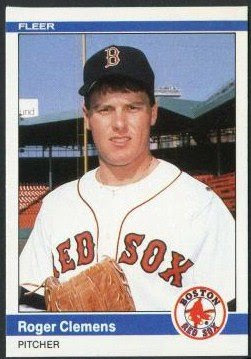 Looking back almost 25 years ago, I'd have to say 1984 was one of the best years I can remember for being a baseball card collector. We had 3 great sets as all three companies delivered nice looking products, and had a great group of rookie cards which really got people excited about the hobby. By the end of the year, we had the first Beckett Monthly price guide to help us start keeping up with the hobby that was starting to explode!
Posted by Fleerfan at 8:57 PM

I notice Fleer was too lazy to make a new white outline around the new Rangers logo. Man, what a train wreck of a rookie class that turned out to be. Cool fliers, tho.

Doc Gooden was in that Update set, too! I got burned on a counterfeit card -- embarrassed to reveal what I paid at the time -- and found legit versions later at dealer tables for just a couple dollars. But that's a fine set from Fleer, possibly their best ever.