Fleer once again issued Star Stickers in 1984, and as in 1983, the stickers were smaller than the standard baseball card size: 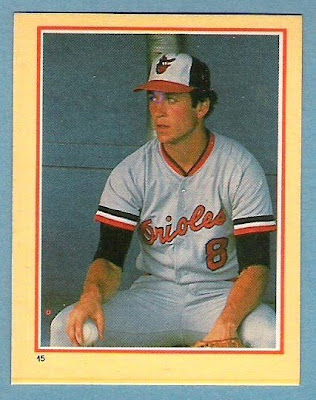 However, unlike 1983, the stickers were issued individually instead of in strips. Team logo stickers were also included in the packs. 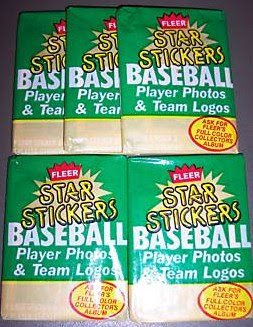 The team stickers are the same logo and cap stickers that were issued with the 1984 Fleer Baseball Card set. Here's a picture of Eddie Murray's sticker beside the Orioles cap sticker to give an idea of the size of the Star Stickers: 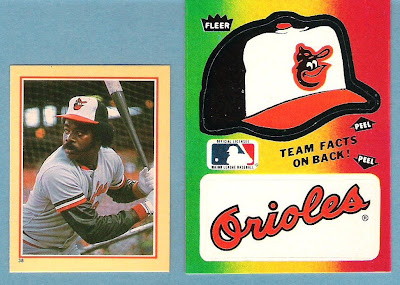 Fleer issued a sticker album which was similar to the albums that Topps had been releasing with their sticker sets since 1981. 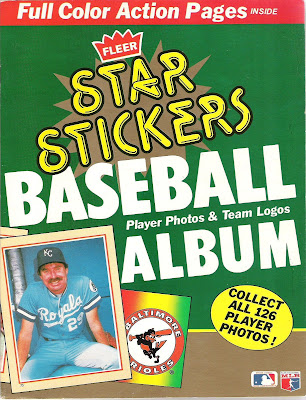 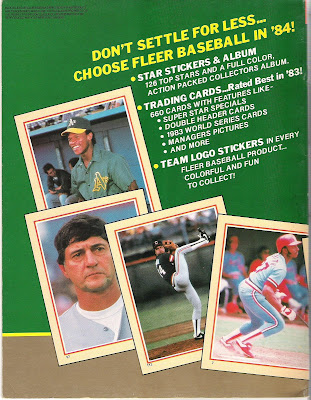 The album is arranged by statistical leaders instead of by team, so many stars appear multiple times in the set depending on how well they performed in 1983. There are also pages for the team logo stickers. There is even a page for using the cap stickers to predict the 1984 Division Champions as well as the ALCS, NLCS and World Series winners: 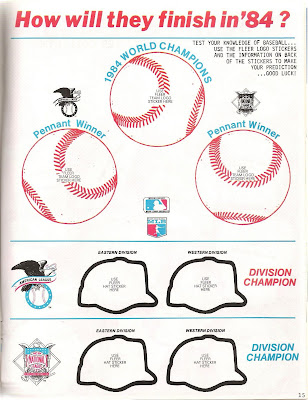