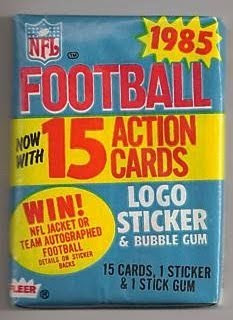 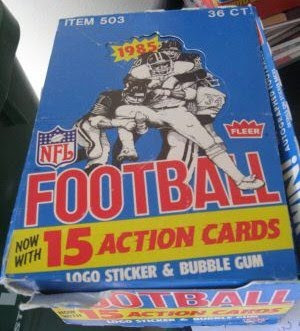 Since 1979, Fleer had always included 3 stickers per pack (and actually had 4 in 1978). The 1985 sticker set is probably the most challenging to complete given the sticker count went down by 67%.

The stickers once again feature the same design as the 1982, 1983, and 1984 sets, with the only difference on the front being the border color which changed to blue. Otherwise, the helmet designs are the same, and the 5 sticker variations found in the 1982 - 1984 sets are once again included (Colts small / large letters, Bengals facemask, Packers ear hole, Giants TM, and Seahawks helmet color). 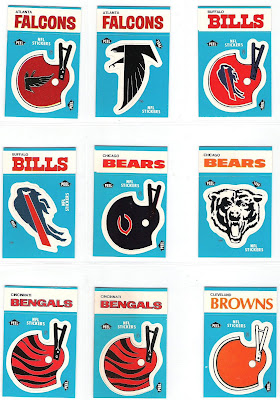 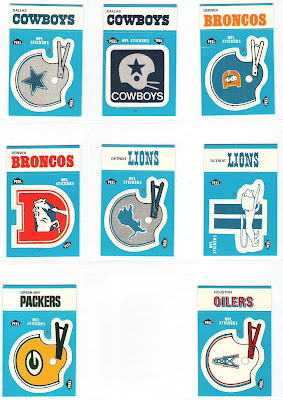 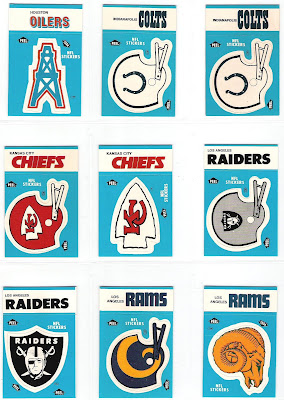 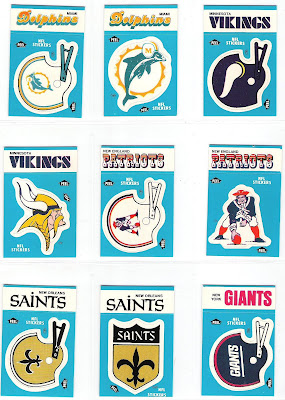 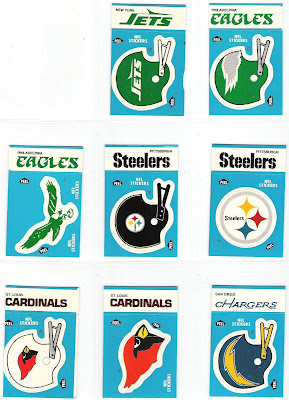 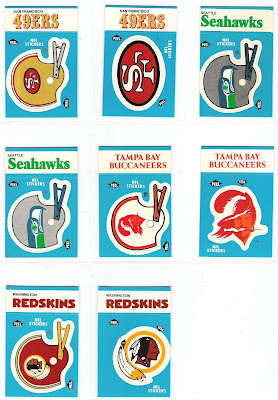 As I said earlier, this is a very hard sticker set to put together!

The backs changed in 1985 as they no longer feature the team's schedule but rather a contest form: 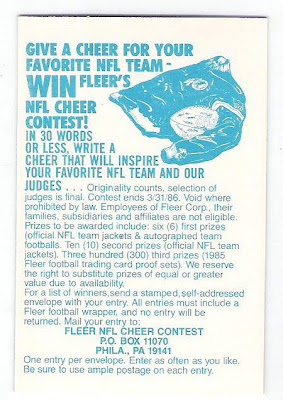 For the first time there were 3 cards per team instead of 2. Along with the Offense and Defense cards that had always been part of the set (now labeled as "On Offense" and "On Defense"), each team got a 3rd card which simply was called "In Action". These "In Action" cards had schedules on the back that used to be on the backs of the stickers. 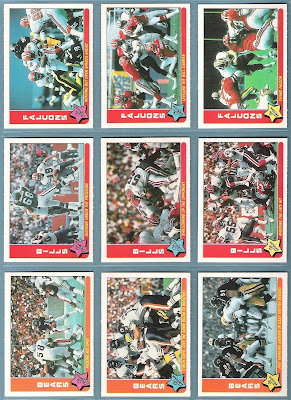 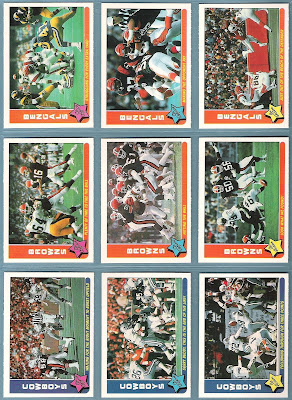 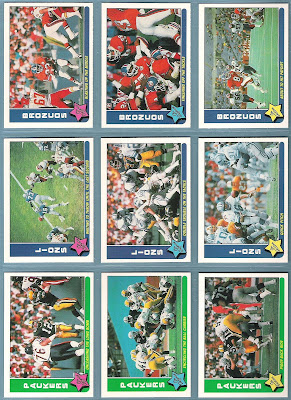 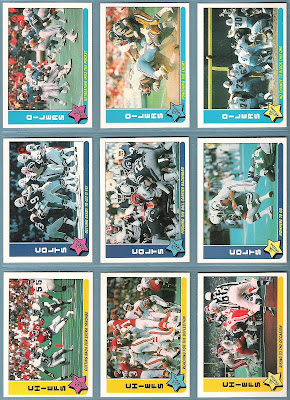 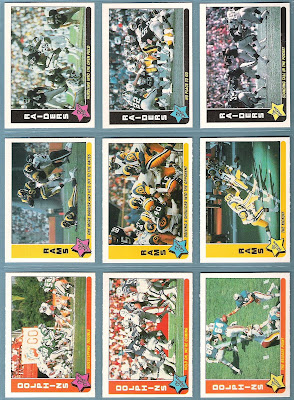 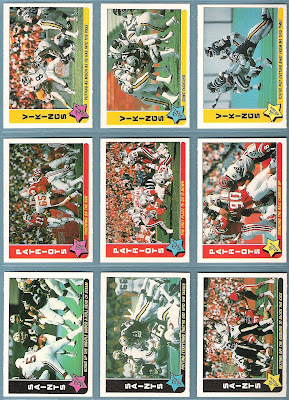 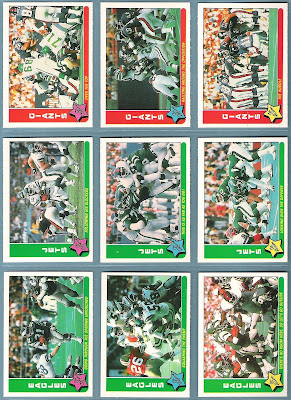 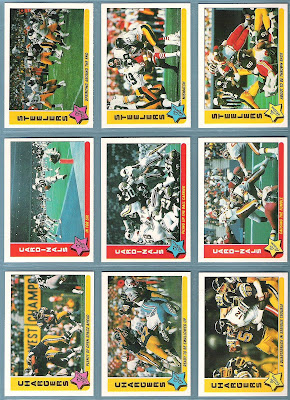 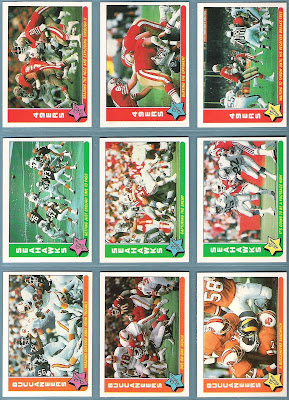 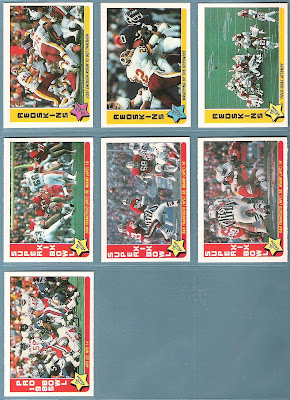 While it was good to have a 3rd team card with the schedule, and the 3 cards per team layout looks good in 9 pocket sheets, in order to accommodate the additional card for each team Fleer abandoned the subset which they had produced each year since 1976 which featured all previous Super Bowls and instead only devoted 3 cards to the previous year's Super Bowl as well as one card for the Pro Bowl. The set size remained at 88 cards which is where it had been since 1981.

Here is a look at the card backs, where you can see the schedule cards mentioned earlier: 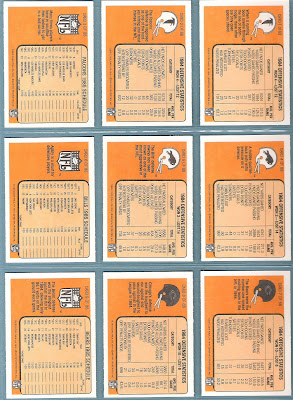 One interesting thing to note is that the card design bares a slight resemblance to the classic 1972 Topps Football set: 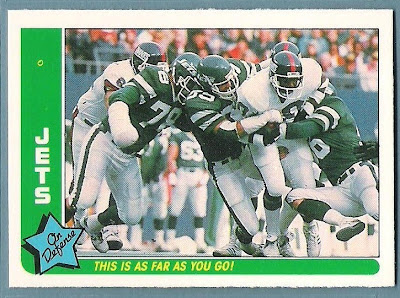 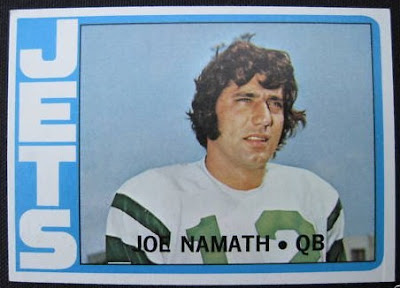 Are you still looking for the Packers variation and is this the one you were/are looking for?