After more than doubling the number of cards in a pack from 7 to 15 in 1985 (and making the stickers much harder to find by cutting the stickers from 3 to 1), in 1986 Fleer returned to offering 7 cards and 3 stickers in each pack of NFL Team Action (now called "Live Action") packs as they had in previous years: 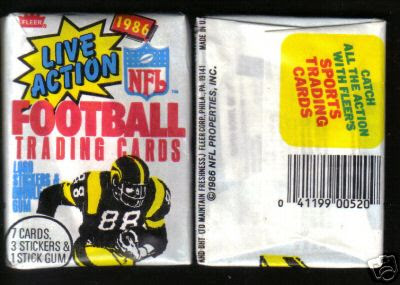 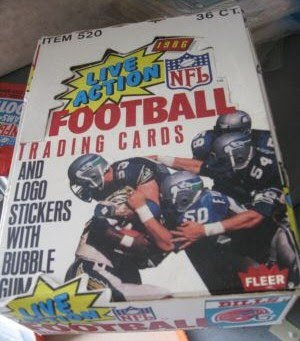 The sticker design finally underwent a change after keeping the same design (other than border color changes) from 1982 through 1985 as the helmet stickers had more of a 3 dimensional look and a new facemask as seen in this comparison of the 1986 design: 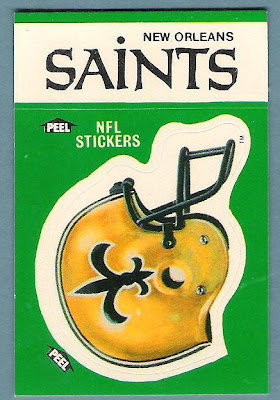 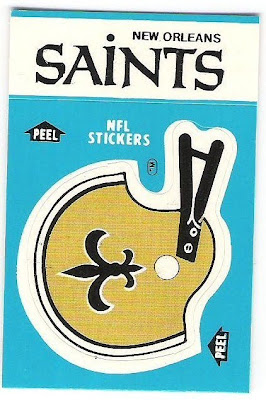 The change in the helmet stickers meant that the helmet variation stickers that had been in the 1982 - 1985 sets (Bengals facemask, Packers ear hole, Giants TM, and Seahawks helmet color) were no longer present.

The one variation that did continue from the 1982 -1985 stickers is the small / large Colts name variation. Since that variation is found on the smaller team name sticker at the top and not on the helmet itself, apparently when they were making changes to the sticker sheet for the new helmet stickers, nobody noticed that the Colts name was two different sizes (as the Colts helmet sticker must be double printed on the sheet), so that variation continued.

Here is a look at the full sticker set: 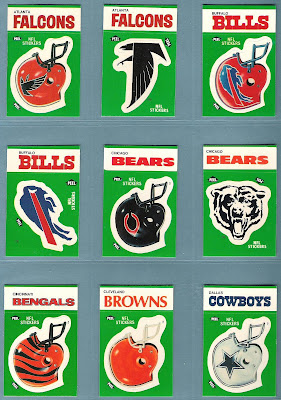 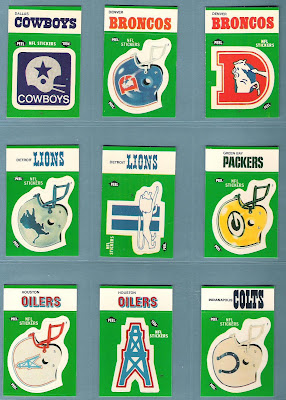 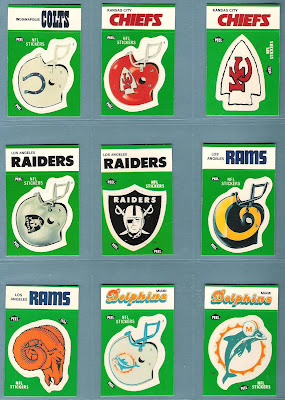 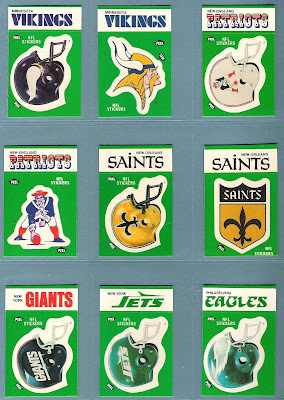 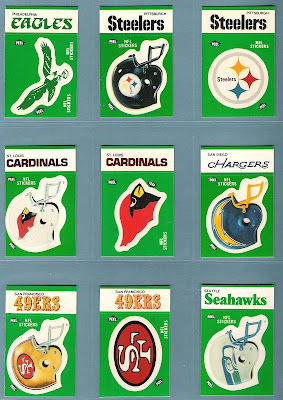 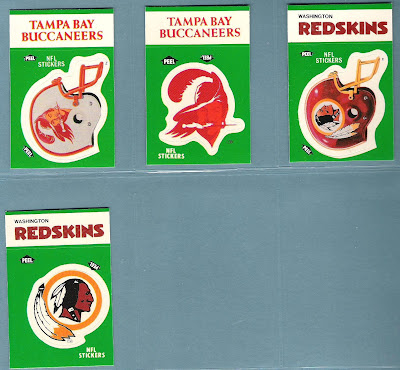 The backs featured ads for the first time for various Fleer bubble gum products including Dubble Bubble and Razzles: 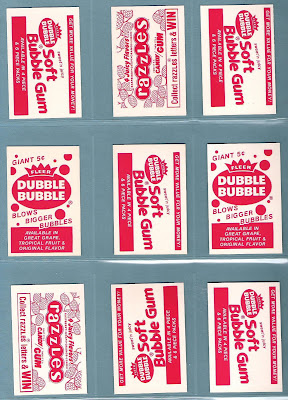 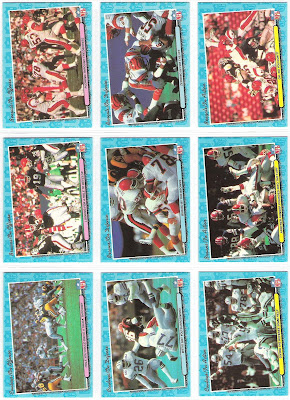 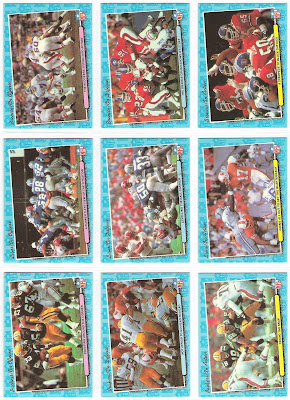 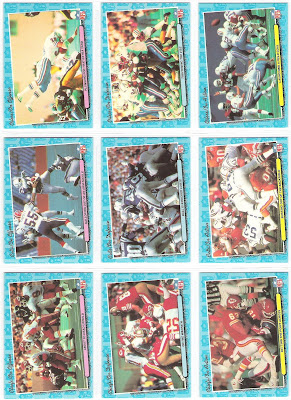 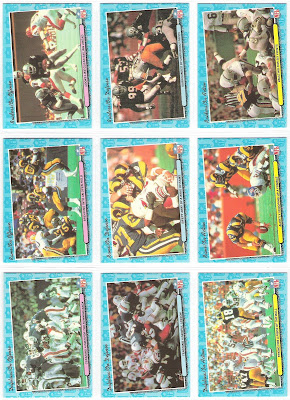 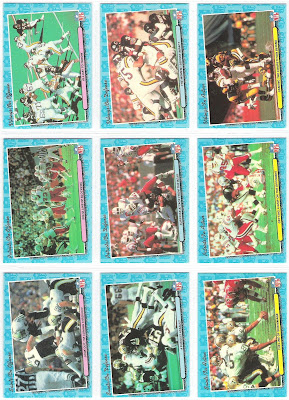 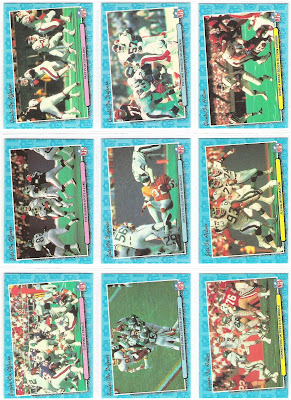 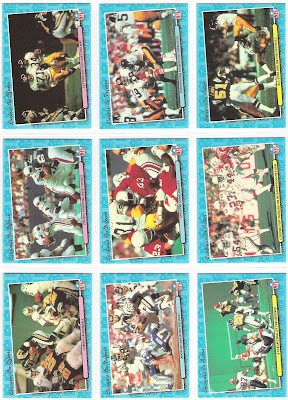 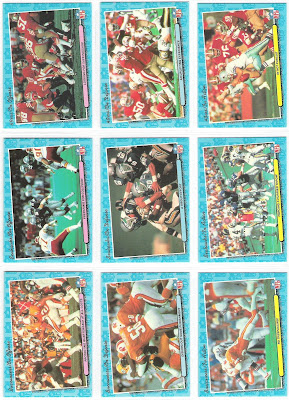 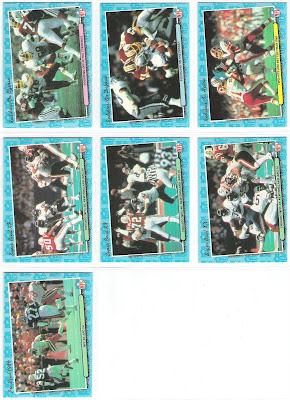 The corresponding backs of these cards featured offensive and defensive stats with the In Action cards having the team's 1986 schedule on the back: 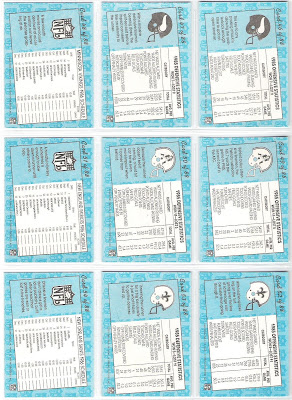 lol i have that patriats card number 50 i just got it in a 50 card lot on ebay. lol just looking if its got any value.

Cleveland browns helmet was produced with 2 district shade of orange