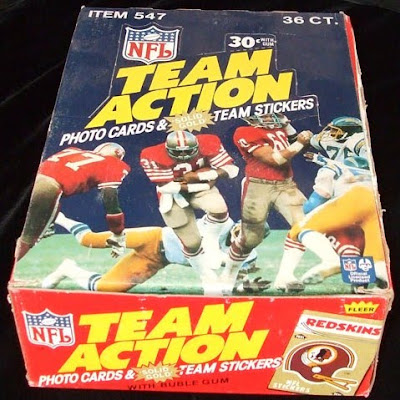 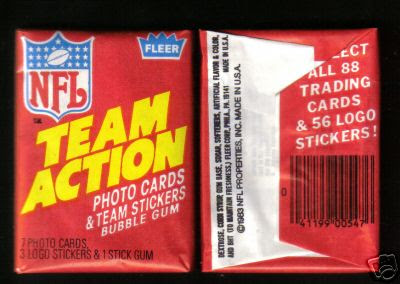 Once again, the stickers have a "solid gold" background as touted on the box, and the 5 variations that were in the 1982 set (Colts small / large letters, Bengals facemask, Packers ear hole, Giants TM, and Seahawks helmet color) are repeated in the 1983 set: 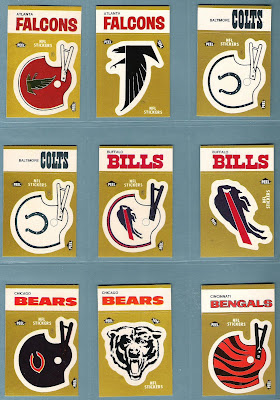 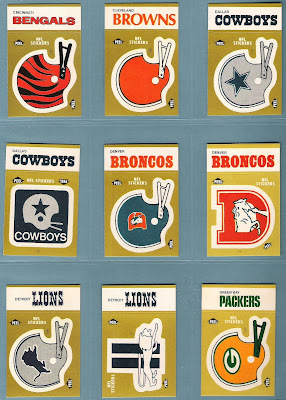 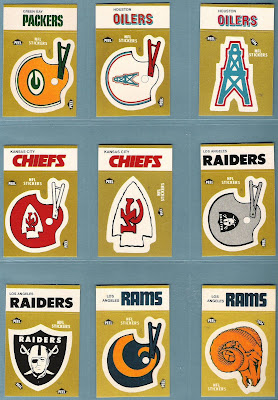 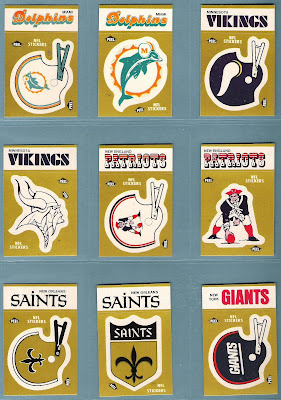 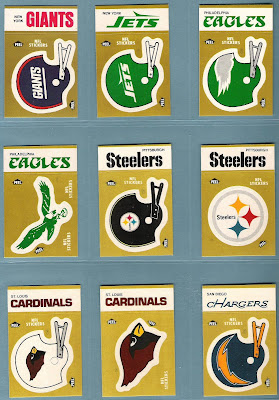 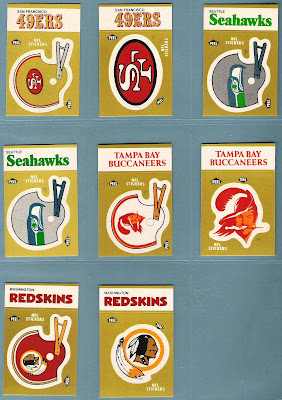 Even the backs look identical as the backs are once again red and contain the season schedule. The only difference is that the backs say "1983" instead of "1982": 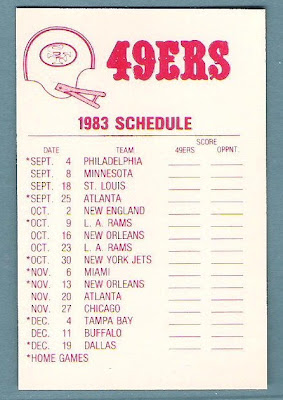 The card set is once again 88 cards, and features 2 cards per team (one for offense and one for defense), as well as a subset featuring all the Super Bowls up to that point, and a subset of highlights: 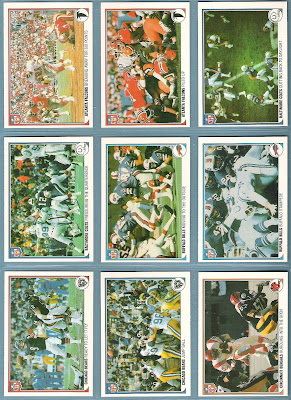 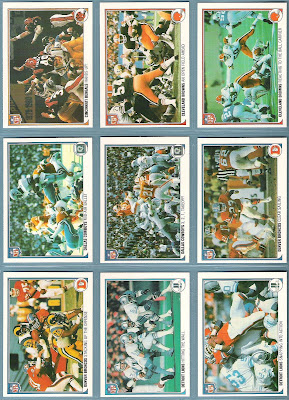 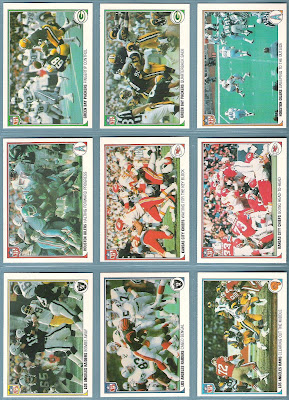 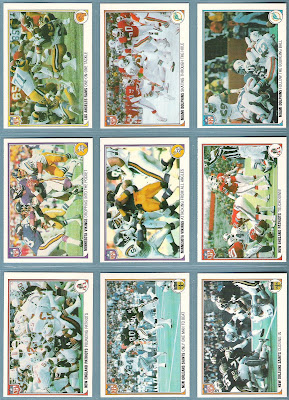 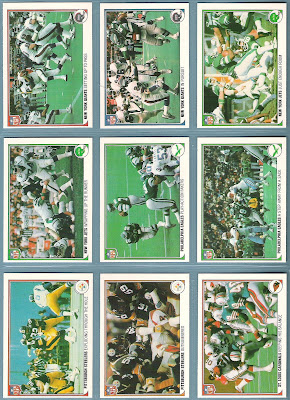 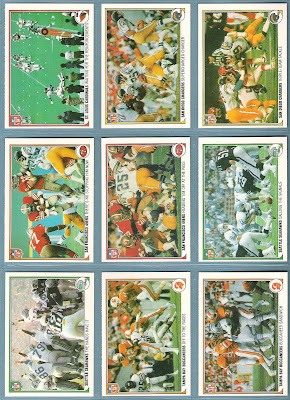 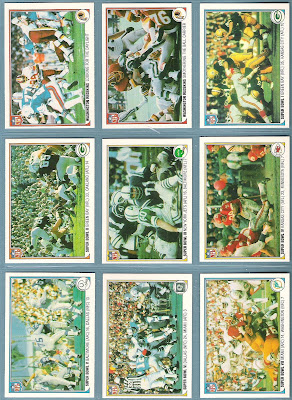 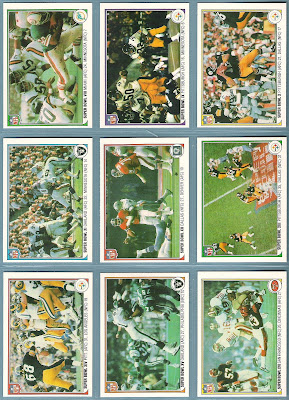 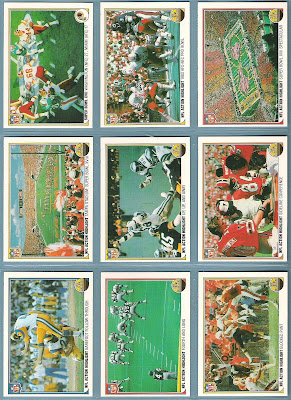 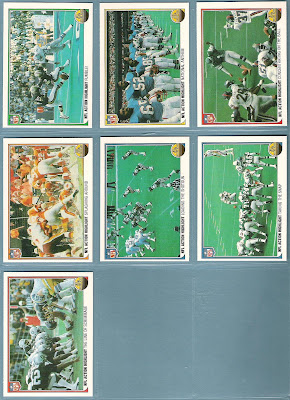 And finally, here is a look at the backs, which provide team stats: 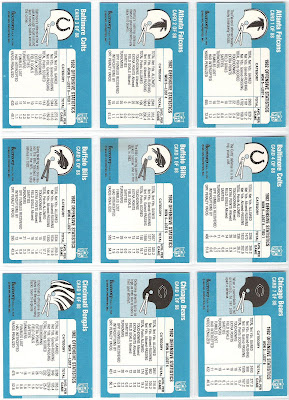