After a long wait, the 1st Series of Wacky Package Old School stickers has finally been released! 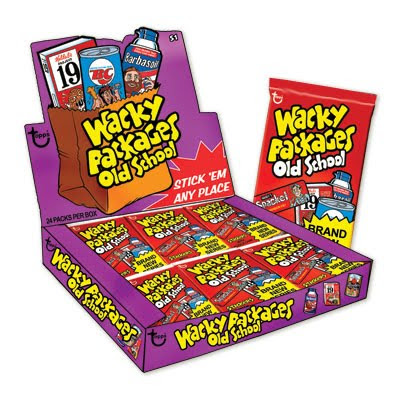 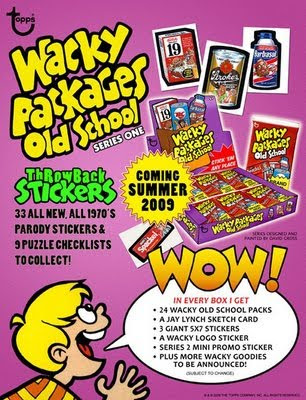 Unfortunately the targeted Summer 2009 release date was optimistic as the sketch cards took considerable time to complete and then there were some production issues that resulted in the set having to be redone after the initial printing which pushed back the release date until now.

The set is based around package designs from the 1970's - hence the "old school" reference. The set was designed and painted by Dave Gross who has contributed many titles to the recent run of All New Series Wacky Packages. Dave has done a great job with this set in capturing the packaging from those times, and has come up with some very funny parodies.

The stickers are only available through the Topps Online Store. Here is the link if you are interested in purchasing a box which contains 24 packs:

Here is a look at the complete 33 sticker set: 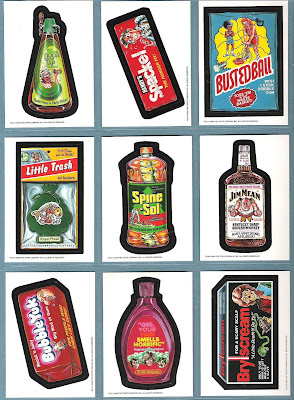 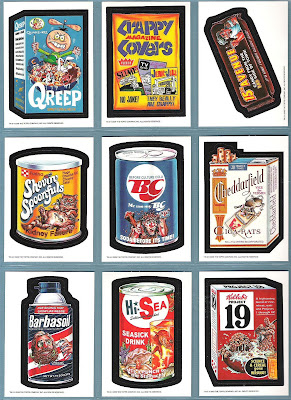 I really like the Crappy Magazine Covers parody as first of all its great to see Topps poking fun at Fleer, especially since the product (Crazy Magazine Covers) was a direct knockoff of Wacky Packages. The other thing that makes it so good is that it is so true - the artwork on those stickers really was crappy! 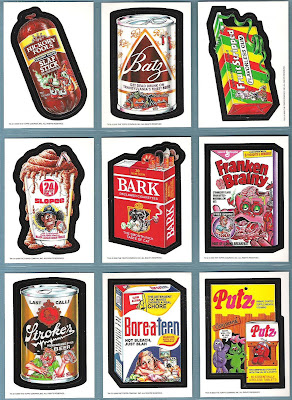 Take a closer look at the Slopee sticker. Look familar? It should: 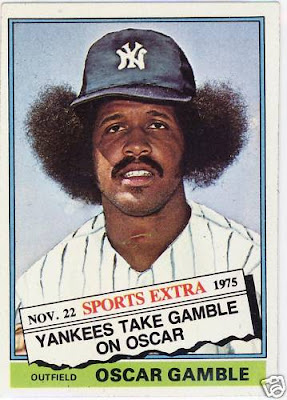 Dave Gross confirmed that Oscar Gamble was the inspiration for the Slopee player on the WackyPackages.org forum! It doesn't get much more 70's than an airbrushed cap trying to cover a monster afro! 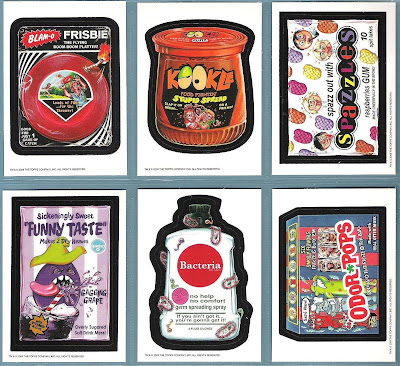 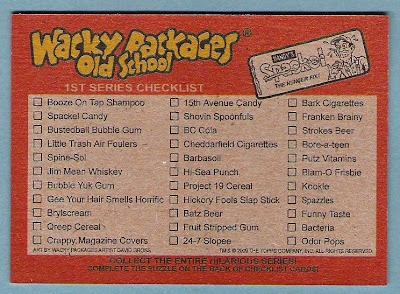 and as the Original Series always did, features a Topps product for the puzzle: 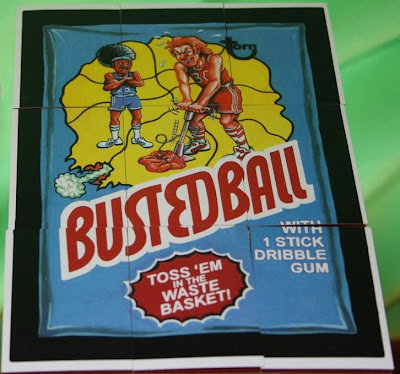 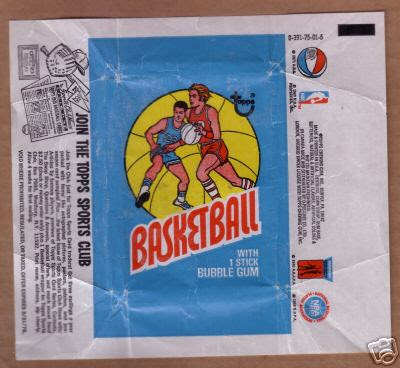 In addition to the 33 sticker set, the box also contains an envelope with a number of bonus items 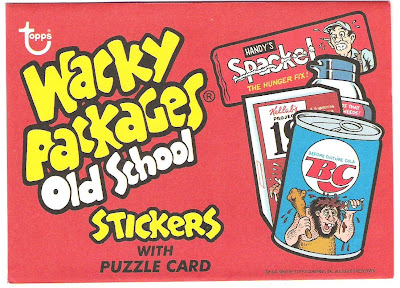 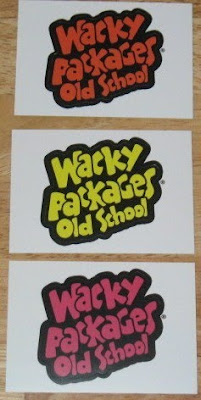 In addition, each envelope contains 3 large stickers that measure 5" x 7" of some of the titles in the set. There are 9 different larger stickers in total as seen in this picture of the full set: 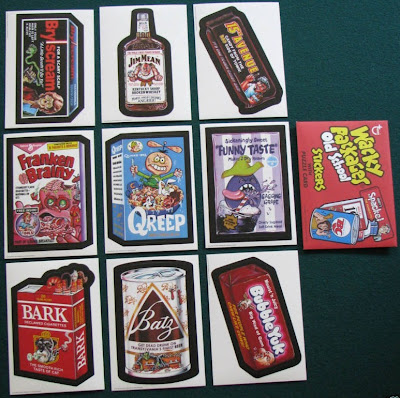 For comparison purposes, here is one of the 5" x 7" stickers beside the regular sized sticker: 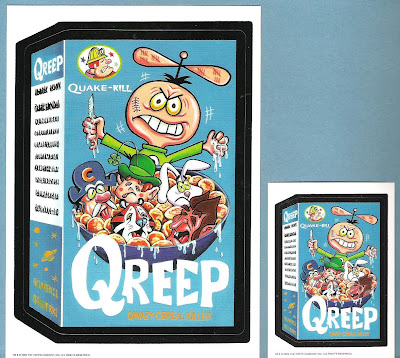 The 5" x 7" stickers are great for having a better look at the artwork.

Also included is a promo sticker for Series 2 Old School, so it appears more will be on the way: 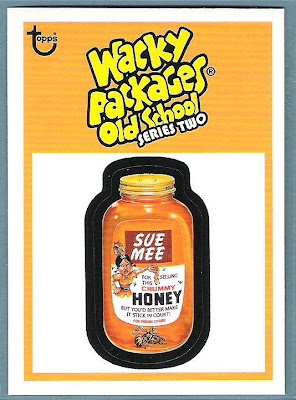 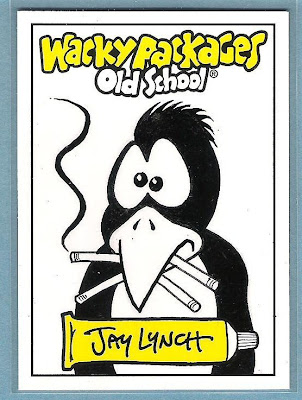 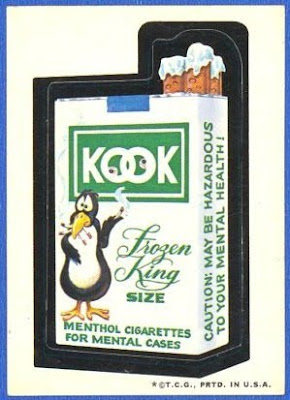 Almost all the sketch cards are black and white, but there are a few that have been done in color: 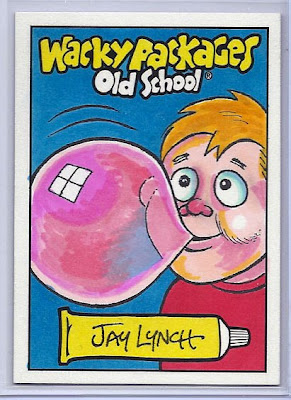 Also included is a promo poster for the set: 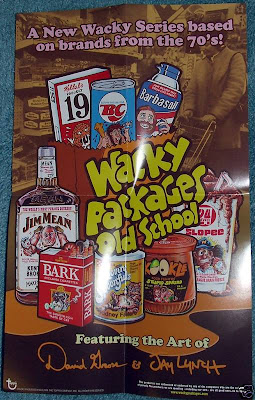 If you look closely at the poster, in the background it contains an image I've posted a few times from an old Topps annual report showing a sweet amout of Topps goodies from the 1970s: 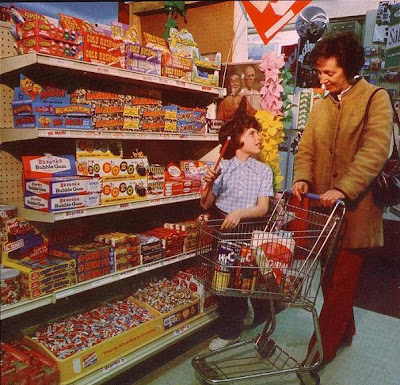 Also included is a promo sticker for the Wacky Package Series 5 Postcards which were just released this week (although oddly enough the title on the sticker doesn't appear in the new postcard set): 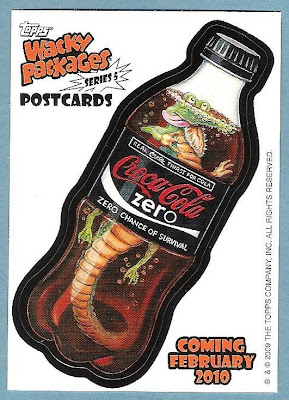 Here is a look at the post card set: 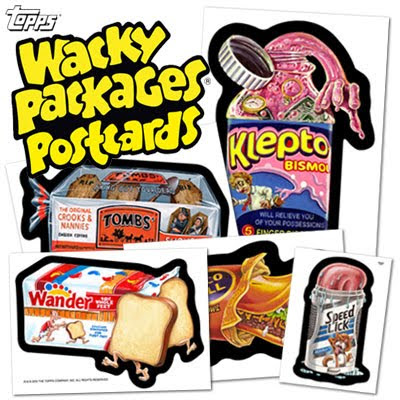 The post cards are also only available from the Topps Online store at this link:

These two releases along with the Old School Series 2 promo show that Topps is still actively managing the Wacky Packages brand. It appears there may also be an All New Series 7 (or possibly a new name) later this year, so we can look forward to more Wacky releases down the road.

I'd like to say thanks to Dave for a fantastic Old School set and Jay for the great sketch cards!
Posted by Fleerfan at 10:01 PM

I like the Qreep sticker the best - having Quisp take out the other cereal mascots is hilarious. Any idea how many sets one might get inside the wax $50 box?

Great summary/overview of Old School Wackys! I've already opened 4 or 5 boxes and studied these closely, and you've covered the topic well. Don't quite want to start wishing for Series 2 (I want to enjoy this one), but I do look forward to the next set!

Typically people are getting 2 sticker sets out of a box. Some people are reporting that they end up a few stickers short of 2 sets. My box yielded 2 sets.

The challenge is the puzzle. Its seems hit or miss in terms of getting a full puzzle in a box. I still need 2 pieces.

Is it me or is Jay Lynch's art kinda crappy?