I recently received a number of scans from The Fleer Sticker Project's newest contributor - Randy Trierweiler. Randy is a dedicated Cardinals collector has been kind enough to share some great images to compliment some of the sets that we've previously covered. 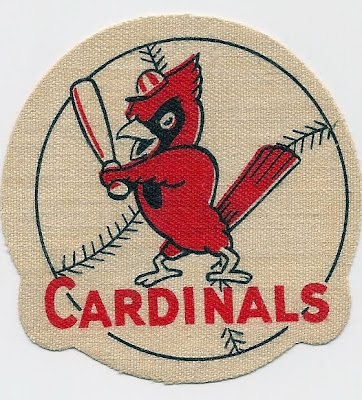 In addition to the patch, Randy has the mailing envelope that the patches came in: 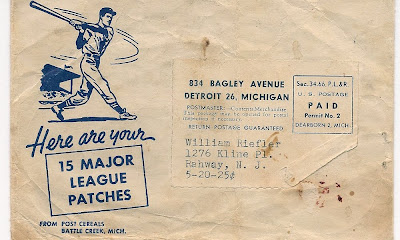 I really like the fact that the back of the envelope shows all the team logos / patches - this is a great collectible itself: 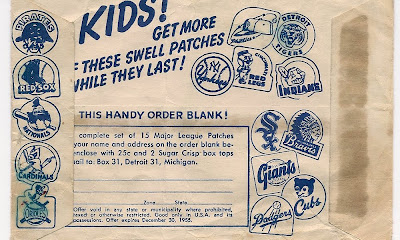 And finally, for a really unusual Fleer item, Randy has a scan of the rarely seen Cardinals logo that was briefly used in the mid-1970s that was issued as a Fleer iron-on in 1976: 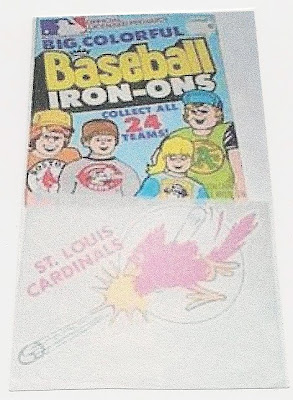 The back of the pack shows the logo 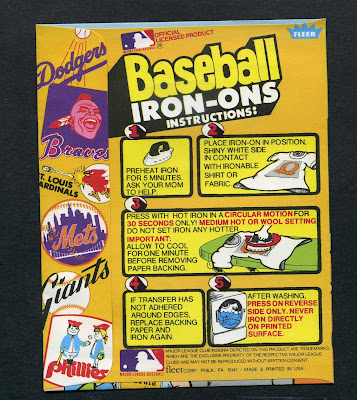 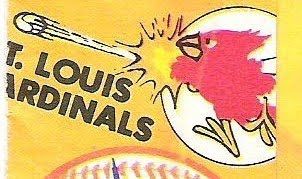 but now we've got a scan of the actual iron on itself (which is an item I never thought I'd see)!

I'd like to say thanks to Randy for taking the time to scan and send these pictures as they are great additions to the blog. I will be going back to the appropriate posts and updating them with these images as well.
Posted by Fleerfan at 8:09 PM