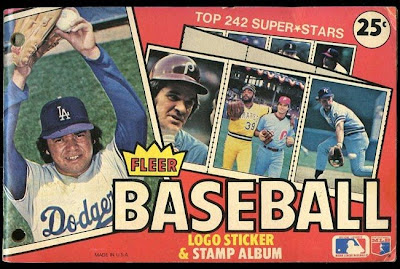 Packs contained 1 logo sticker and 10 album stamps as shown on the packs and the box: 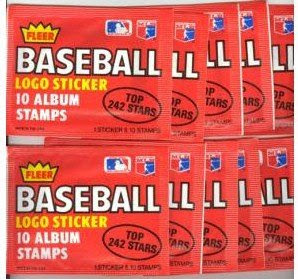 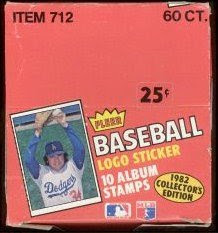 The stamps came in strips of 10. Since I couldn't fit the entire strip on the scanner, here is a sample of one of the stamp strips in two parts:

The album had pages arranged by team: 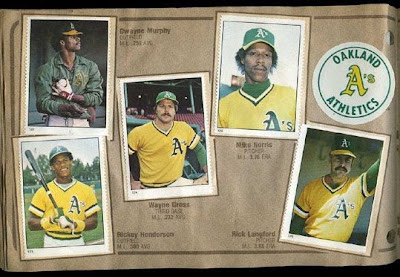 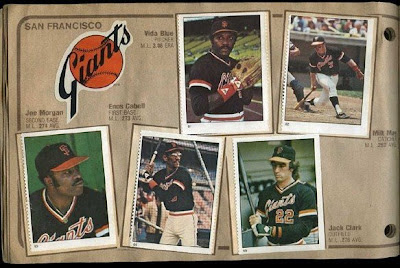 As you can see, there was also a place to paste the team logo sticker in addition to the stamps.

The album had holes punched in it so you could store the album in a loose-leaf binder as mentioned on the back of the album: 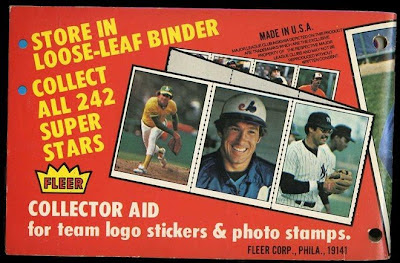