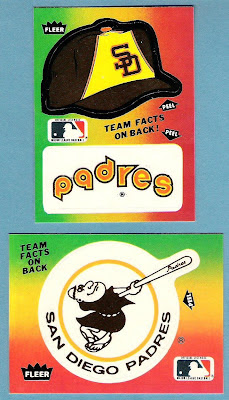 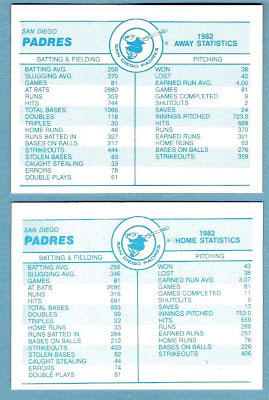 There are a number of border variations in the set which fall into 2 categories: 1) border color differences and 2) "PEEL" instructions.

Based on the way some of the stickers were printed on the sheet, the rainbow pattern for some teams can be found both ways: 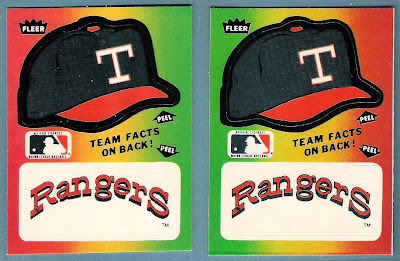 For some stickers, there are variations in the direction of the word "PEEL" in the arrow pointing to the sticker, and in some cases, the arrow itself can be found in different places. For example in the stickers below, the word PEEL is upside down on the left, but right side up on the right. 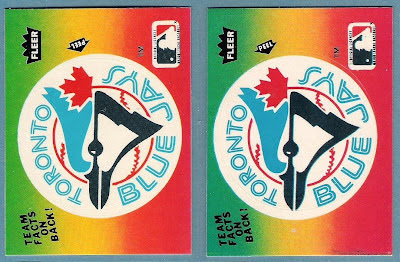 The following is a complete master set with all the rainbow pattern variations as well as the different "PEEL" variations: 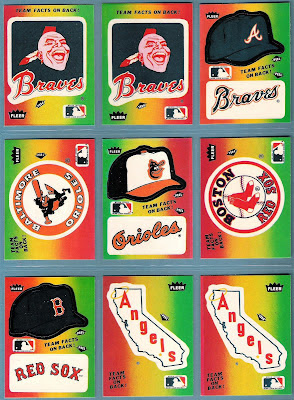 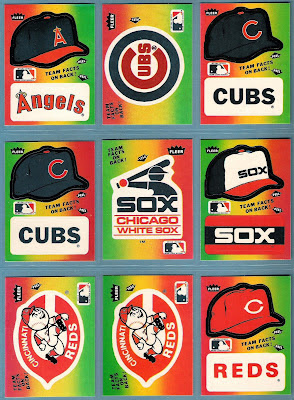 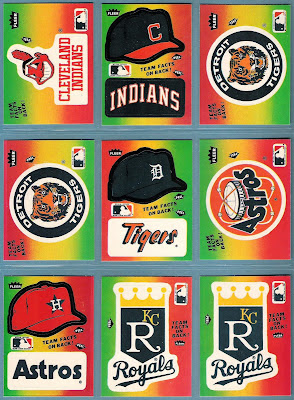 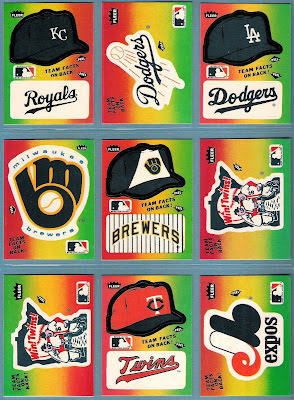 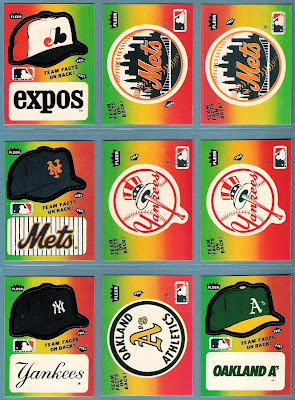 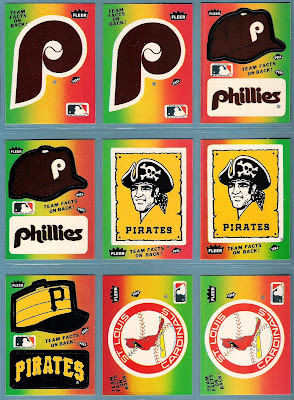 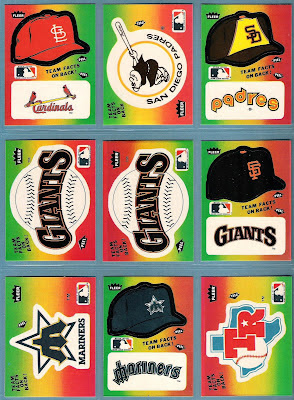 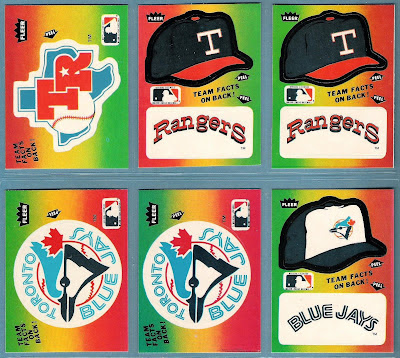 The 1983 Fleer Baseball Card set that the cards were inserted with was a vast improvement over the 1982 version as the photos were much better this year. In honor of today's enshrinement of Goose Gossage into the Baseball Hall of Fame in Cooperstown, here is an example of the 1983 design: 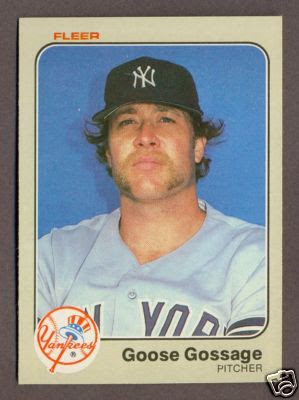 For the first time since the 1965 Topps Set, cards had team logos on the front.

The box touts the evolution of Fleer's first 3 years back in the Baseball card business and points out that in 1981 the cards were voted # 1 by Baseball Hobby News, in 1982 the cards were featured on the 1982 World Series broadcast (which was earlier pointed out by reader Primosean in his comments about the 1982 set along with a link to the broadcast), and that for 1983 Fleer was raising the bar by putting photos on the front and back of the card: 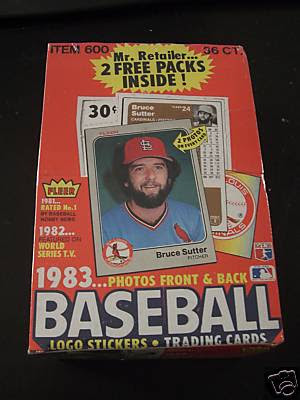 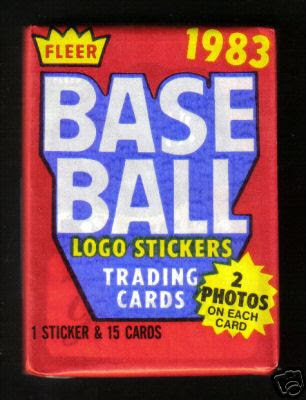 The sticker design would remain almost identical for the 1984 set.
Posted by Fleerfan at 1:55 PM

Thank you for the words about the 83F Project! The main site, www.MortHas.com has the cards listed by team.

I have a ton of these stickers, too. In the past I've put them on envelopes when writing to the baseball players. (After 25 years, some of these stickers need a little adhesive-help with tape...)