Taking a look at the Miami Dolphins, we find another example of a variation in the helmet patch between 1972 and 1973. For most teams, there is no difference between the 1972 and 1973 helmet patches as both have the single bar face mask. However, the Dolphins made a change in the lettering in the team name, going from an upper case print style (left) to a lower case script style in 1973 (right): 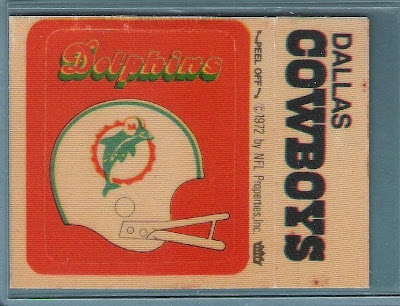 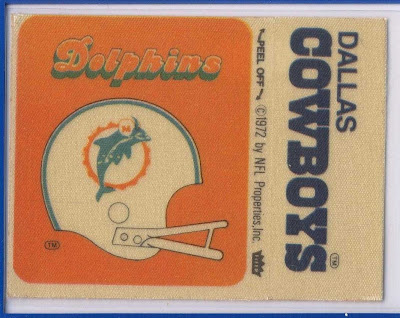 Thanks to Craig for the patch pictured above as well as the patch below showing the 1976 Dolphins helmet cloth patch: 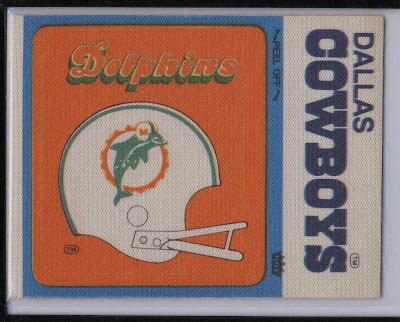 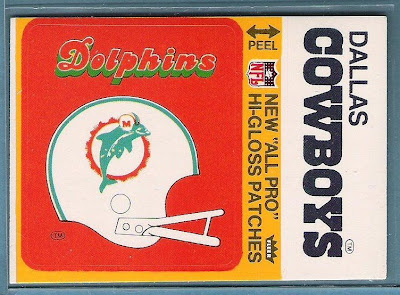 Just as we saw with the helmet patches, the Dolphins logo patch also had the upper case print style in 1972 (top): 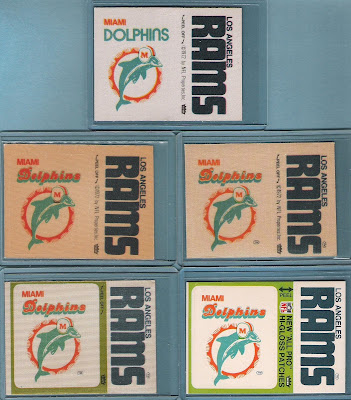