In the early years of the AFL, teams were responsible for designing their own game programs which resulted in many unique covers which often used art work showing the home team's mascot taking on the opposition's mascot. These program covers are much more interesting than the league produced programs which followed a few years later in both the AFL as well as the NFL as the leagues tried to standardize the programs across all teams.

The Boston Patriots used the Halloween theme on a few of their programs in the early to mid 60's which seem appropriate to share as we gear up for trick or treat: 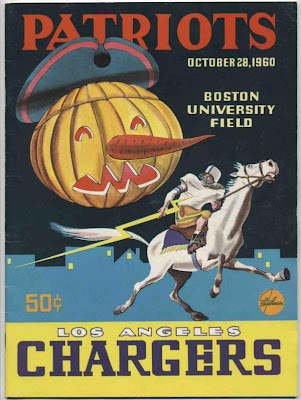 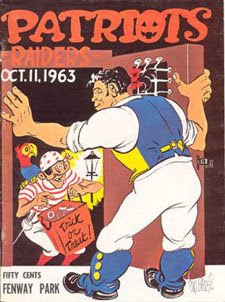 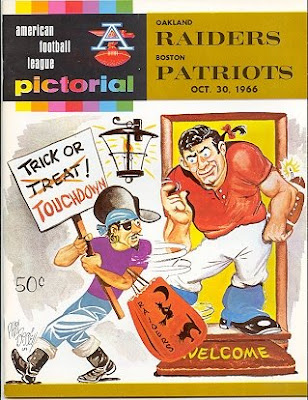 Happy Halloween from The Fleer Sticker Project!
Posted by Fleerfan at 8:24 PM