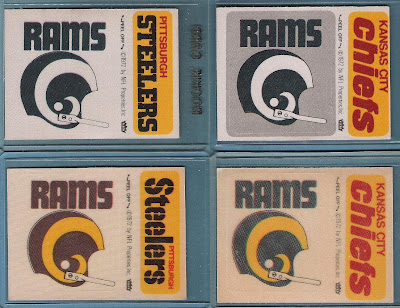 Its also interesting to note for some reason the Rams/Chiefs 1972 patch has a gray background while the other patch has a white background. For 1973, Fleer once again issued 2 Rams patches, this time with yellow horns (as the team changed from white to yellow that year), again with either a Steelers or Chiefs patch.

Note that the lettting for the Steelers changed from all caps in 1972 to the stenciled lowercase font in 1973, just as we saw with the Packers helmet patches.

In 1974 the helmet patch changed to a double bar facemask (top left) with the 1975 version (top right) adding a TM: 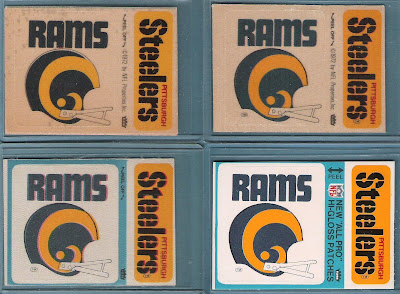 The 1976 cloth patch and Hi-Gloss sticker are shown on the bottom.

As for the logo patch, it also underwent a color change just like the helmet patches. In 1972 the logo patch had a white background, which later changed to yellow in either 1973 or 1974. I haven't opened any 1973 packs so I can't verify if the patch changed to the yellow background in 1973, but given the change in the color of the horns on the helmet in 1973, I would assume the background color on the patch changed that year as well, and was the same in 1974: 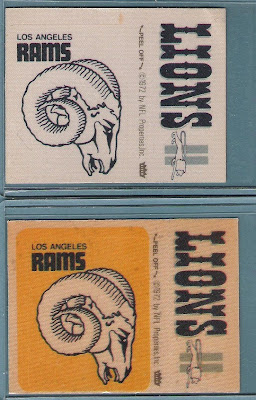 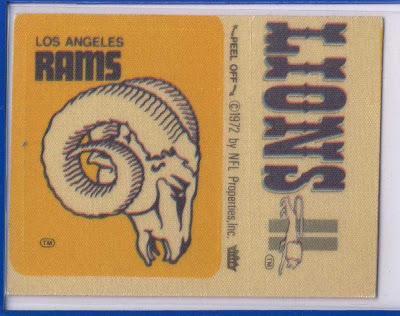 The 1976 cloth patch removed the 1972 copyright and added a green border: 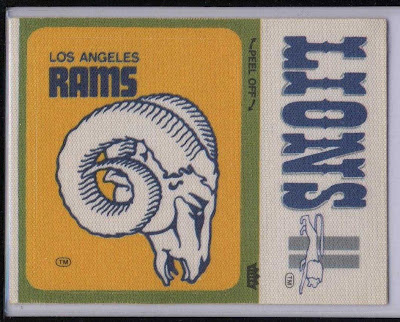 with the 1976 Hi-Gloss sticker being an almost identical match: 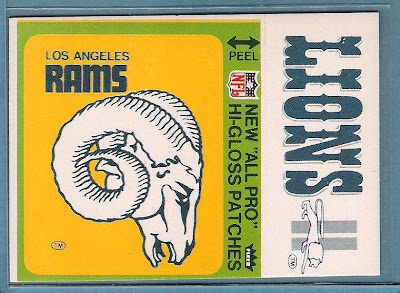