Today marks the 50th anniversary of The Greatest Game Ever Played. 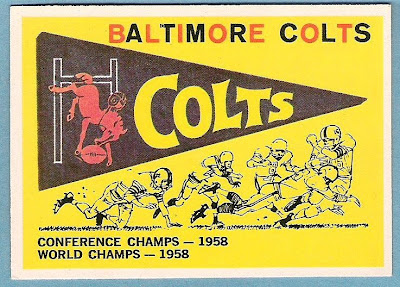 The ESPN documentary which aired a few weeks ago celebrated the 50th anniversary of the game, but did so a few weeks early, so I wanted to go back to the 1959 Topps Football set to show the card from that set that commemorates that victory from December 28, 1958.

The back of the card summarizes it all perfectly: 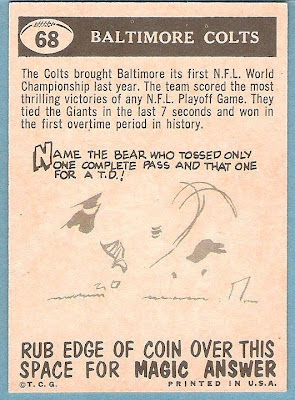 I'd like to think that somewhere my dad and Johnny Unitas are sharing their stories with each other about how great this game was for both of them.
Posted by Fleerfan at 4:35 PM

Great story. This is a wonderful site!