Its just like the 1970's all over again! Topps has just released Wacky Packages Flashback Series 2 which is now hitting the shelves in Targets and Walmarts across the country. 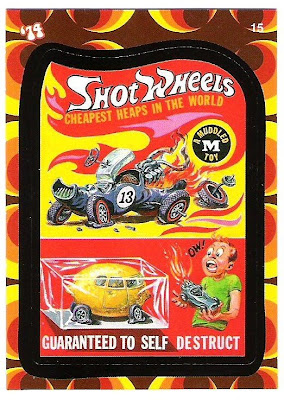 Wacky Packages were the first card / sticker set I ever collected, so they have a special place in my memories. This new Flashback set is a fun way to remember many of the great stickers of the past.

2 of my favorite titles in the new Flashback set are the 2 Topps sports card parodies that have been included: 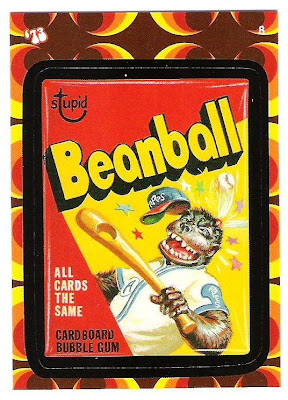 I always thought the lines "All Cards The Same" and "Cardboard Bubble Gum" were great. The Beanball sticker is based on the 1973 Baseball wrapper: 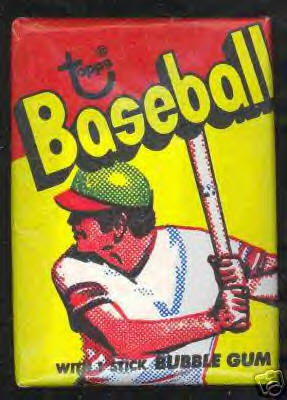 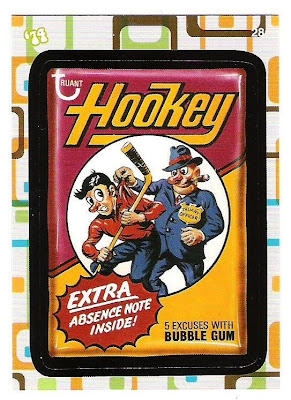 The "Absence Note" is an insert I would love to have!

The Wacky is based on this Topps Hockey wrapper: 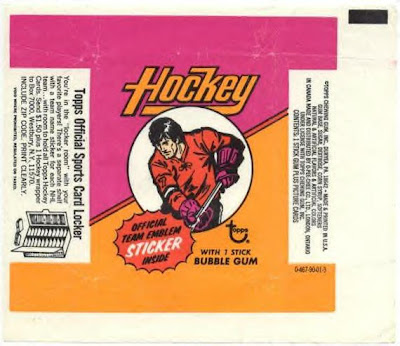 My favorite sticker from each of the original series was usually the one that parodied the Topps product as that was often the item I was most familiar with. Each of the original 16 series had a Topps product in the set, probably to help the Topps lawyers make the case for any potential lawsuits that the parodies were all in good fun as they were parodying their own products in each series.

In many cases, the Topps parodies were of sports / trading cards like the stickers shown above, as well as Football cards, Kung Fu, Planet of the Apes, and even Wacky Packages themselves.

The Topps products were also the stickers that were used for the puzzles that were on the backs of the checklists from each series which is why I remember them so fondly: 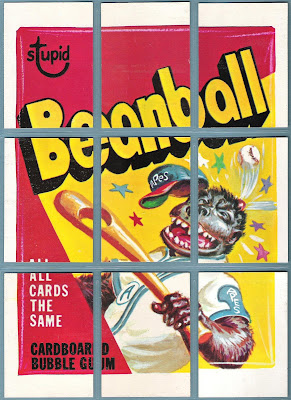 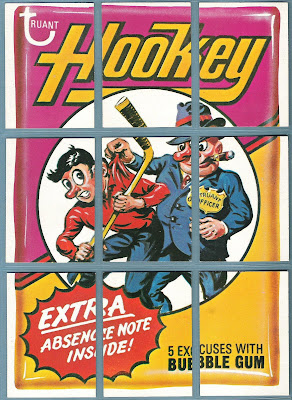 If you want to experience the fun of opening Wackys and find some of the titles you would have gotten back from the first Wacky Pack craze from 1973 - 1975, then pick up a few packs or a bonus box and Get Wacky! 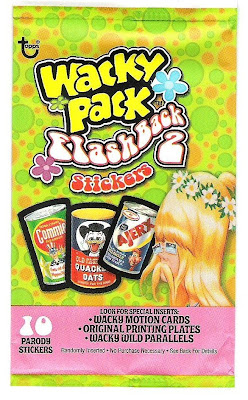 Oh, no! They're selling Wacky Pack flashbacks in stores now? This is going to cut into my baseball card purchasing.