The Greatest Game Ever Played - Sports Illustrated's coverage of the game

After watching ESPN's presentation of The Greatest Game Ever Played last night, I visited the Sports Illustrated Vault to see what the immediate reaction to the game was to get a sense of what people thought about the game immediately after it was played: 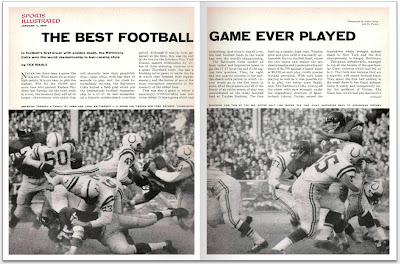 The article written by Tex Maule appeared in the January 5, 1959 issue. As the title of the article shows, it didn't take long for this game to take on its now almost mythical status. 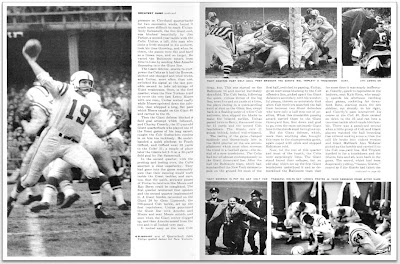 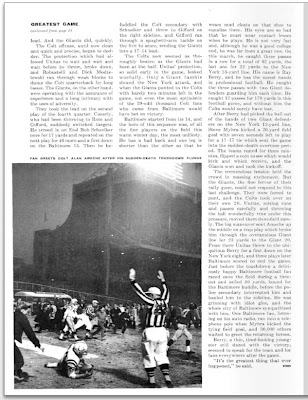 If you have trouble reading the pictures of the pages, the article is reprinted on the Sports Illustrated vault site.

Here's the cover of the issue: 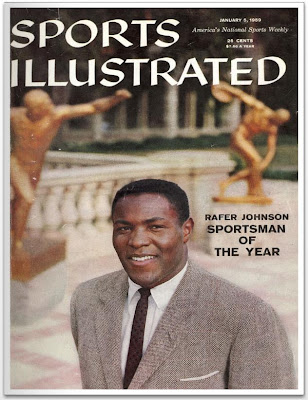 Then two weeks later, SI followed up in its January 19, 1959 issue with a more detailed breakdown of the game by Tex Maule, with dramatic drawings by Robert Riger to recreate the action instead of photographs: 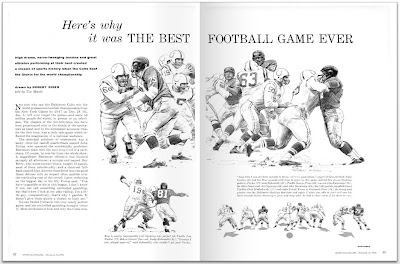 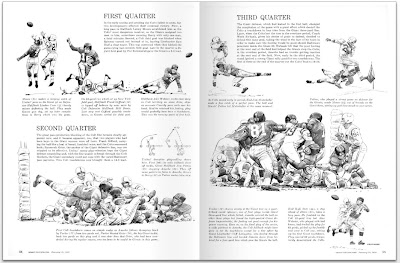 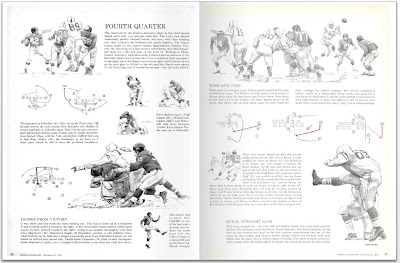 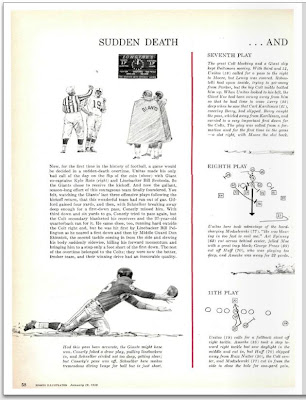 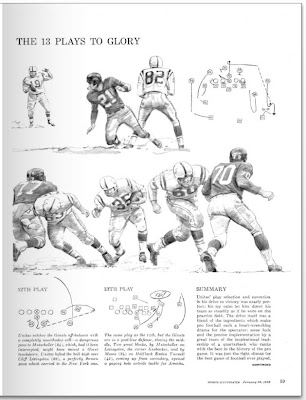 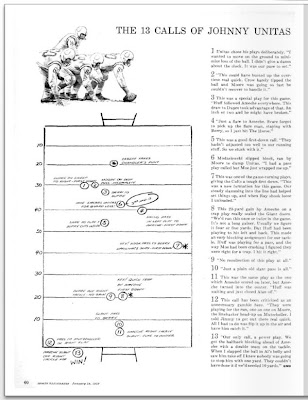 I really like the diagram of the field with the 13 play drive that Johnny Unitas led to drive the Colts to victory.

Here's the cover of the January 19, 1959 issue. Note that SI was still very much a sportsmans magazine at the time as opposed to a magazine primarily focused on professional sports: 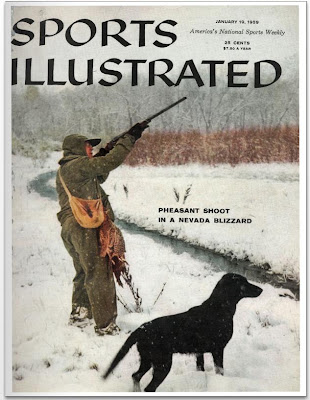 These articles give a sense of what the game meant at the time it was played, and shows that the game really did have an immediate impact on how football and the NFL were perceived by fans who had just seen the game.

As Tex Maule says in his article, it "was a truly epic game which inflamed the imagination of a national audience."

The NFL's popularity along with Sports Illustrated's coverage of the game would explode in the decade to come.
Posted by Fleerfan at 9:58 AM

One notable thing - the headline on the SI story read "the BEST game every played" and according to the book about SI, it was supposed to say "Greatest" but the editors thought that was a bit much. Still, the jump lines at the top of each page said "Greatest Game."