In 1976, Sunbeam Bread followed up their 1975 Cloth Patch set with a set of NFL Stand-Up Football cards which were included in specially marked loaves of bread. 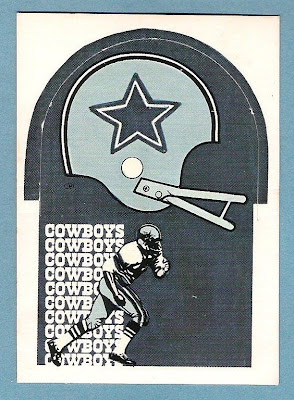 The helmet portion of the card could be popped out and the card would be folded in the middle to create a card that would "stand up", just like the 1964 Topps Stand Up cards: 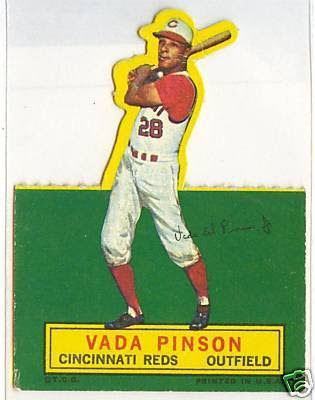 The backs of the cards have a brief team history, and can be found with or without the Sunbeam logo: 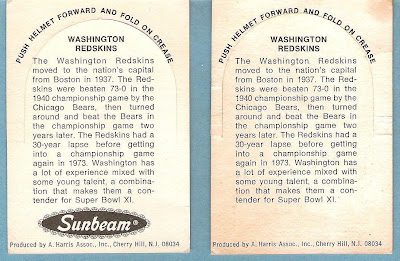 Just like with the Cloth Patch set, there was a collectors album (or "saver book") to hold the set. Here are the front and back covers of the album: 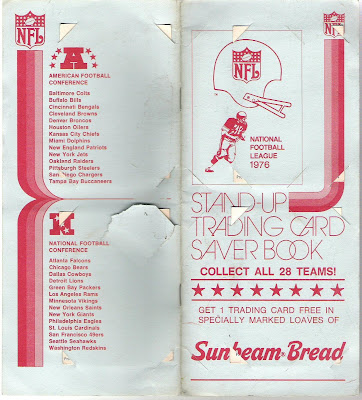 Here is the album with all 28 team cards: 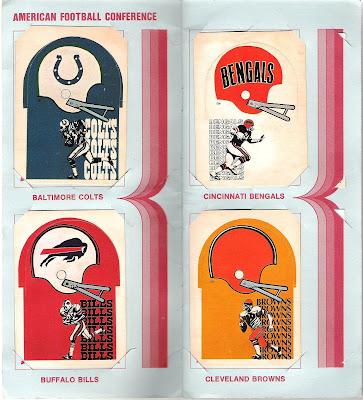 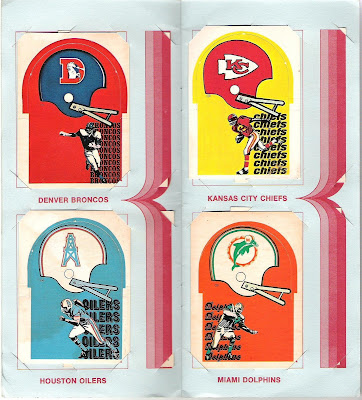 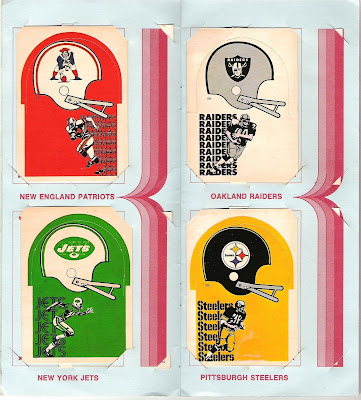 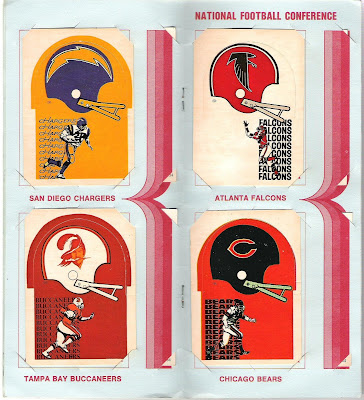 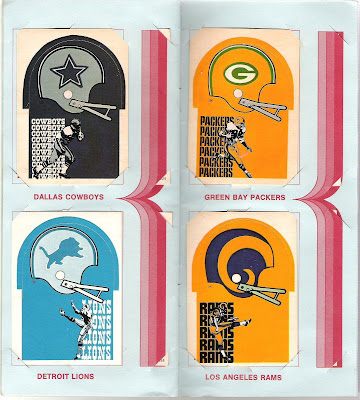 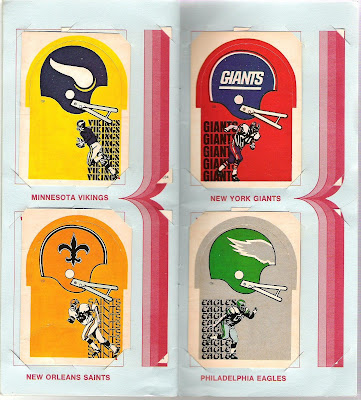 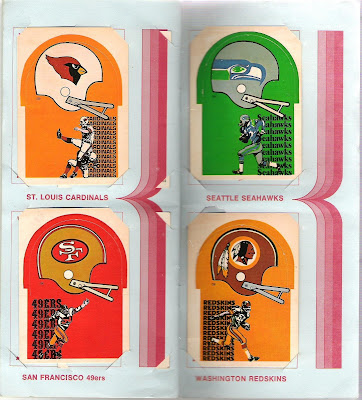 In addition, there was an NFL logo card that could be placed on the front of the album: 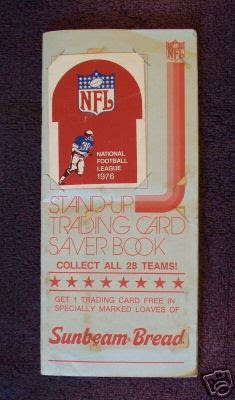 Going to the grocery store for a loaf of bread just isn't as fun as it used to be!
Posted by Fleerfan at 4:19 PM

Glad I found your blog. I have a few of these stand-up type cards. I plan on doing a blog on them as well. I have no idea why or where I got them. Do you have a problem with me showing mine.

Thanks for your note. Please let me know when your do your blog on them as I would like to see your collection.

are the cards of any worth?

I have a SOUTHEASTERN CONFERENCE saver book complete with 20 cards. Any value?

I have the 1976 bread booklet with all 28 cards. I do estate sales and would like to know the value in order to sell it. Any help will be appreciated.

Is there any value to these