The San Diego Chargers have 4 different Fleer cloth patch helmet variations and 1 Hi-Gloss helmet sticker. The single bar facemask variation with the 60's - early 70's white helmet was produced in 1972 & 1973 and is shown on the top. The helmet changed to dark blue with a double bar facemask in 1974 on the bottom left, and the 1975 version with the TM is on the bottom right: 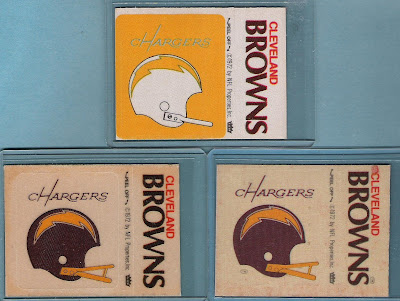 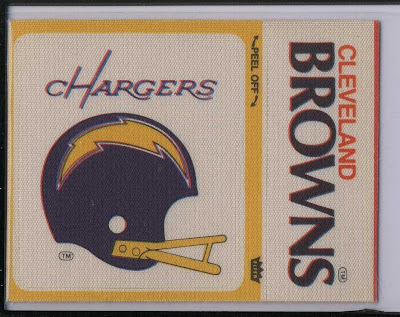 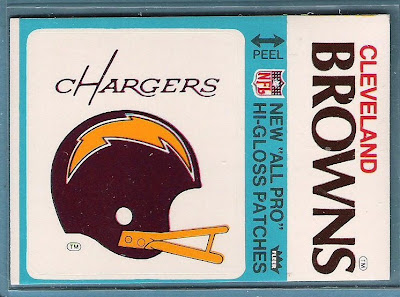 There are 4 logo cloth patch variations and 1 Hi-Gloss logo sticker for the Chargers. The cloth logo patch with light blue was issued in 1972 and 1973 as seen on the top. When the Chargers helmet changed to blue, the logo color charged to a darker blue in 1974 as seen on the bottom left with the 1975 TM version on the top right: 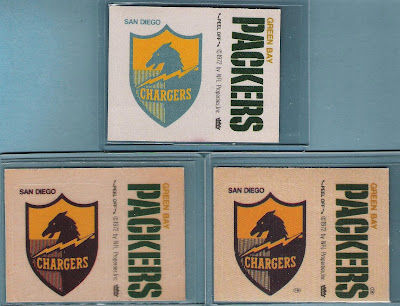 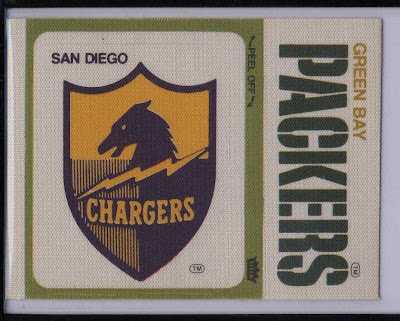 and finally we have the 1976 Hi-Gloss Sticker: 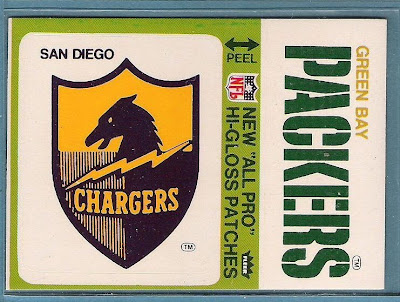 While we're on the subject of the Chargers' logo, here is the original logo from their debut in 1960 when the team was in Los Angeles which had "LA" in the logo: 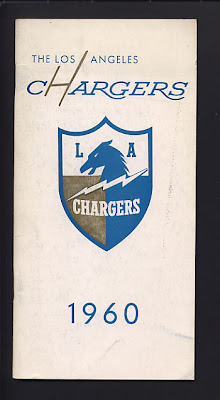 and here's another version from a set of AFL plaques that was produced in the mid 1960s: