It may be a little cold outside to be thinking about having popsicles at your Super Bowl party, but since I wanted to make sure we had a desert item on the menu along with the meat, bread, fruit, and drinks that we've covered previously during this look back at NFL food promotions this week, serving popsicles that were packaged with 1976 Popsicle NFL Team Cards would be a cool way to enjoy a tasty treat as well as collect a great NFL cards like this: 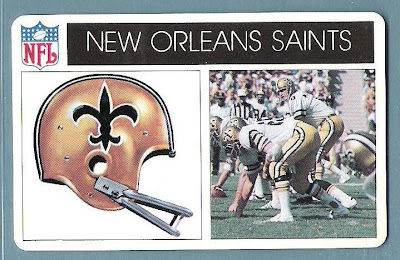 In 1976 Popsicle ran a promption which included an NFL team card in each box of popsicles. The cards are plastic with rounded corners are are similar to a credit card. The cards feature the team's helmet as well as a picture of the team in action.

Here is a look at the entire set: 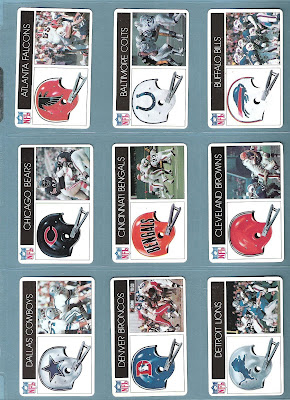 The backs have a title describing the action on the front and a short team history: 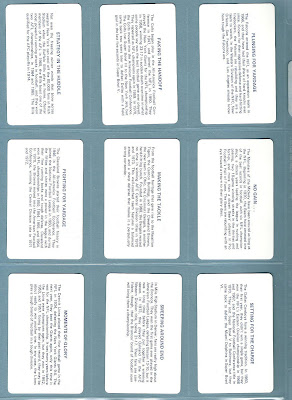 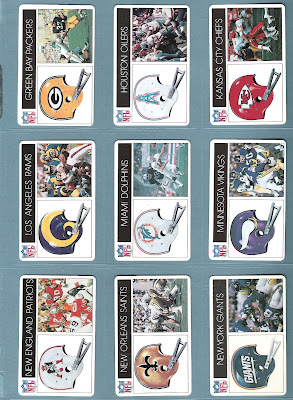 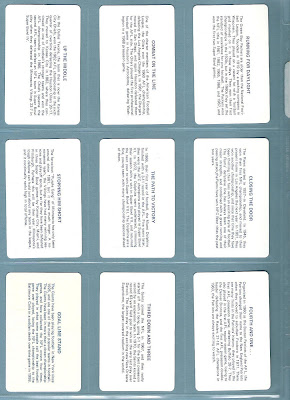 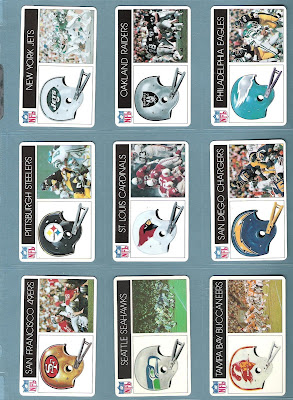 Popsicle just had a license with NFL Properties but not the Players Association as players are not mentioned by name. For example, the Jets card reads "the Jets quarterback "guaranteed" victory over the Baltimore Colts three days before the game" and does not refer to Joe Namath. 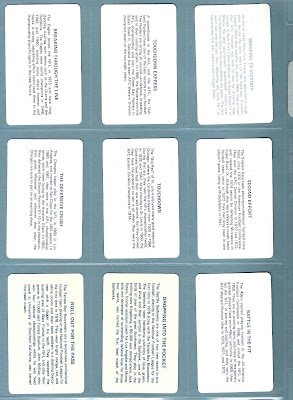 The cards for the expansion teams confirm that these cards are from 1976 as the backs talk about the teams getting ready for their first seasons. 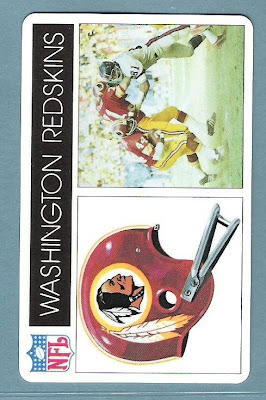 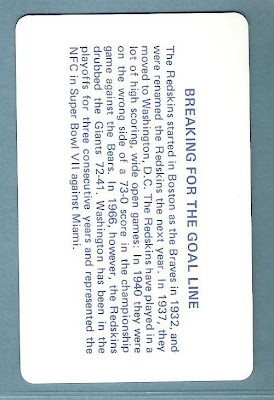 Besides being available as inserts in Popsicle products during the 1976 football season, the cards were also one of the prizes available in a contest from May 1977: 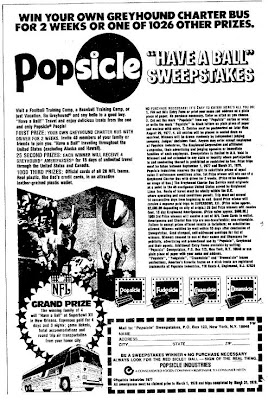 There were 1,000 Third Prizes which consisted of a set of the 28 NFL cards "in an attractive leather-grained wallet". I like how the ad says the cards are "real plastic, like Dad's credit cards."

This wraps up the look back we've been taking all this week at food items which ran promotions that included NFL collectibles. With the high cost of licensing these days, unfortunately we no longer seem to have the opportunity to pickup up oddball items like these at the grocery store anymore like we did previously.
Posted by Fleerfan at 8:53 PM