One thing you need to make sure you pick up enough of is drinks for your Super Bowl party. Fortunately there are lots of NFL related drink promotions to choose from to make sure your guests don't go thirsty.

This set of Canada Dry NFL Football cans is one of my favorite NFL tie ins as you not only get a can with a helmet on it, but you also get a team history as seen on this Houston Oilers can: 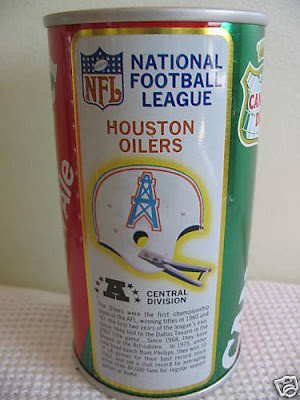 I drank a lot of ginger ale back in 1976 trying to collect the full set of cans. I remember going to the grocery store and checking each can in the 6 pack trying to locate teams I still needed.

Here is a look at some of the other teams: 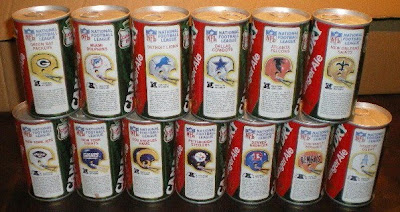 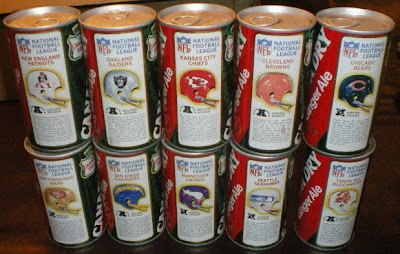 While I couldn't find an ad for these cans, I did find what appears to be a press release that was in the Waterloo Courier on October 18, 1976: 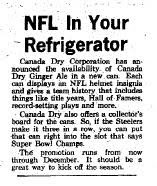 This mentions a collectors board for the cans which I have never seen.

The other soft drinks that I remember drinking in large quantities in my quest to complete a set of NFL teams were Pepsi & Mountain Dew back in 1981. Pepsi ran a contest where you could win $1,000 if you collected all 14 AFC or NFC team bottle caps, as this Saints bottle cap shows: 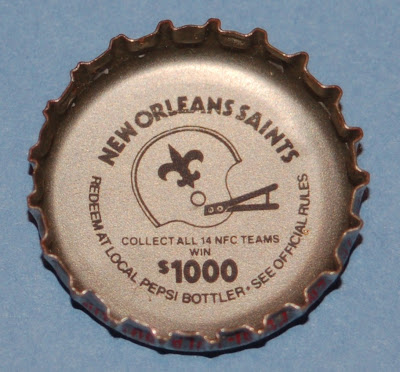 Here is a collection of all the team caps except for 2 teams: 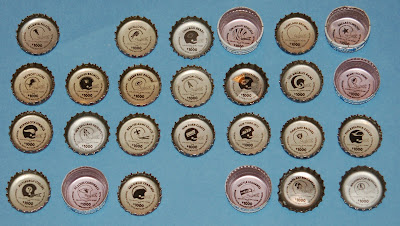 It appears the Colts were the AFC team and the 49ers were the NFC team that were the "winning" caps since those were the two I could never find to claim the prize. I've never seen these caps listed for sale, so I'm not sure if this was only a regional promotion or not, but I'm guessing most collectors have never seen these before.

These may have been from 1982 as I'm not 100% certain about the year, but given the Bengals helmet, the earliest these could be from would be 1981.

Coke also had an NFL promotion involving bottle caps over a three year period from 1964 through 1966. The promotion featured both players and team logos and was quite extensive in terms of the number of different caps.

Since I'm mainly interested in the logos, here is a picture of the team caps: 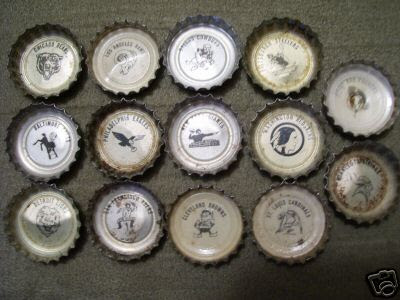 along with 2 great Coke NFL ads: 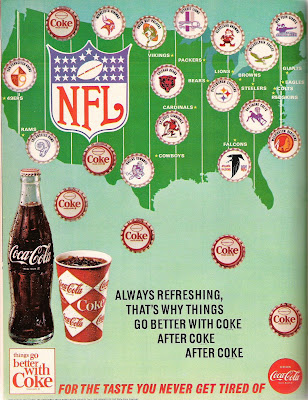 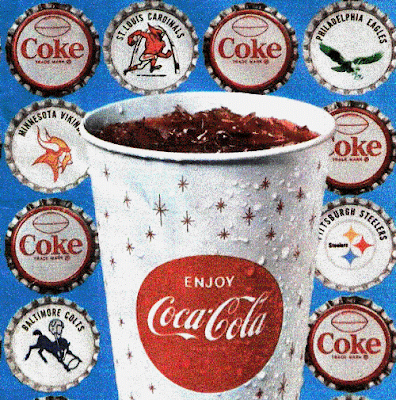 Here is an example of a saver sheet that was published in The Jefferson City Post Tribune in 1964 with places to save your team emblem caps along with the Cardinals and NFL All-Stars: 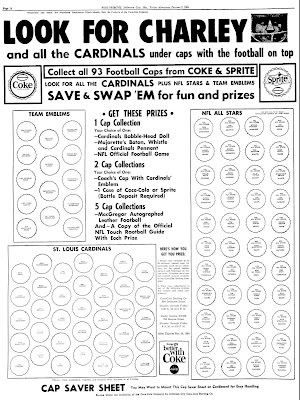 and here is another ad featuring the Browns "CB" logo helmet from the Sandusky Ohio Register from September 1965: 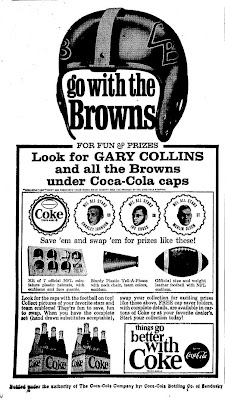 I like the prizes you could win by collecting caps - especially the "Yell-A-Phone".

Unlike the Pepsi & Coke caps which you couldn't see until you opened the bottle, the Gatorade NFL lids had the helmets on the top of the cap so you could see which team you were getting. The Gatorade promotion seems to have spanned a few seasons as 4 teams have helmet variations due to changes in their helmet design over this time.

Here is a look at the complete set, including variations: 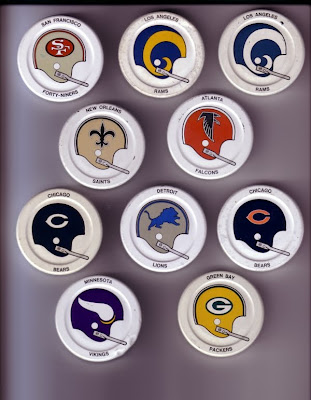 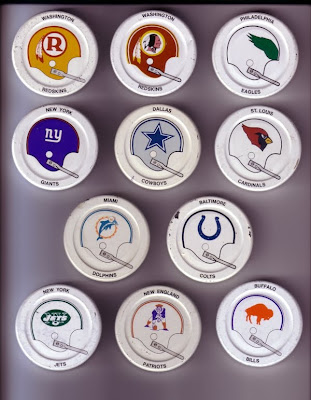 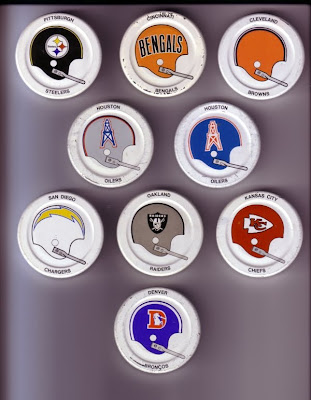 Gatorade also produced a display board for collectors to show off their complete collection: 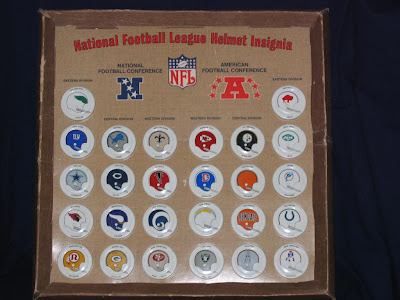 And finally, here is a newspaper ad for the Collectors Board from 1972: 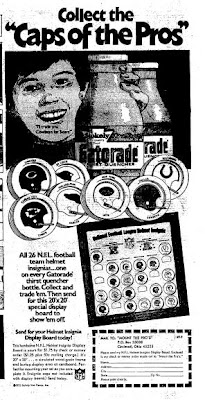 Its too bad we don't have promotions like these any more as these put a little bit of fun into buying some of the products we use every day.
Posted by Fleerfan at 7:06 PM

I actually got a yell-a-phone, yellow plastic with a metal mouthpiece and chain with "GO WITH THE PACKERS" and the football player logo. Had it for several years, at least through high school (which would have been about 10 years). I remember gluing the caps to the sheet (which was tough because these weren't twist-off caps, you used a bottle opener, bending them).

I very clearly recall the 1981 bottlecaps. I remember riding my bike to Jerry & Goldie's party store and searching the parking lot with my buddies.

The promotion ran in Michigan and the Colts and 49ers were indeed the two winners. I have all of these in a bag somewhere in varying degrees of condition. Thanks for bringing these up as I had forgotten about these for a while.