Moving right along with our review of the 1969 - 1971 Fleer Baseball Quiz cards, here are the next 4 teams: 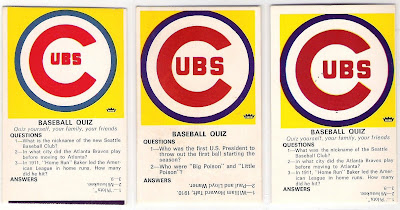 This is a very good example of how you sometimes find very subtle differences in Fleer logos that aren't apparent at first glance.

Speaking of subtle changes, the Chicago White Sox logo also has a minor change from 1969 to 1970/1971. Take a look at the 3 cards below and see what is different besides the card on the left having the smaller logo: 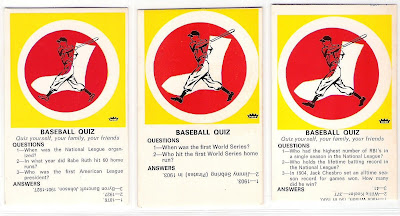 The batter's shoes go from having the red background showing through in the 1969 card (3 Q / Small Logo) on the left to being black for the next 2 years. Otherwise, the logo remained the same.


Moving on to the Cincinnati Reds, we have more variations to spot.  Even though the Reds cards look almost identical each year, there are minor changes from year to year. 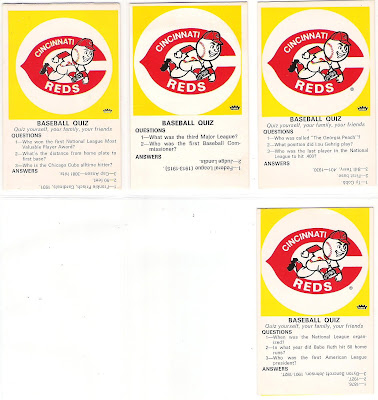 Finally, the Cleveland Indians also have a change, but this one is probably a bit easier to spot: 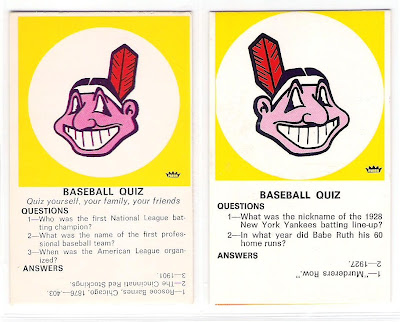 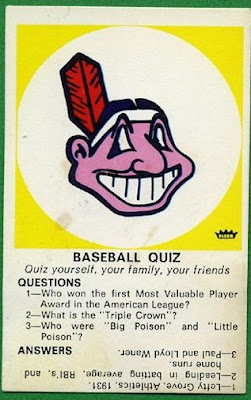 Boy, was I naive when I thought I only needed to track down 24 cards to complete a set of these!

More variations to come with our next installment.
Posted by Fleerfan at 10:11 PM