More than a decade before Topps realized there was gold in reviving classic card designs from its earlier years, Baseball Cards magazine recognized that collectors love seeing current players on vintage card designs. 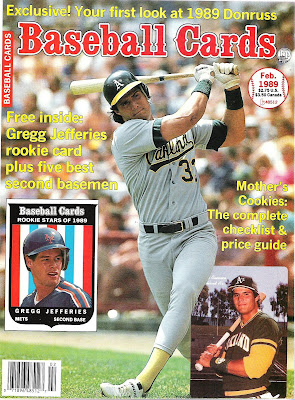 During the mid '80s until the early '90s Baseball Cards magazine included card inserts (sometimes referred to as "repli-cards" as a play on the word replica) in their magazine, often depicting current (and sometimes retired) players on classic card designs, such as these 1969 designed cards: 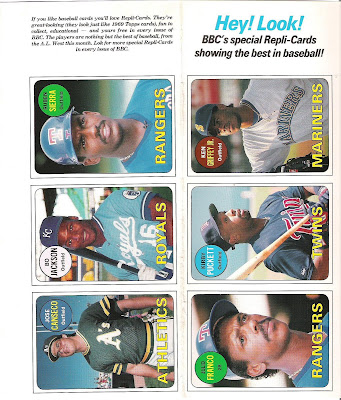 After using various designs each month over the course of a few years, in 1989 BBC inserted a set of 72 cards spread over all 12 issues for the year starting in January with panels of 6 cards per month.The cards were organized by position, so for example the 1st 6 cards in the set were first basemen, followed by 6 second basemen the next month, and so on.

Here is the entire set, which has been cut from the panels: 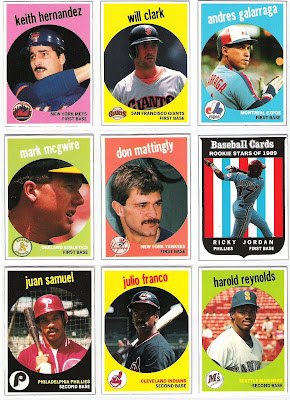 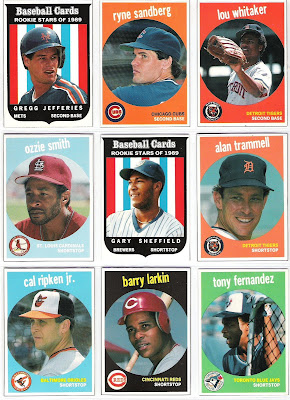 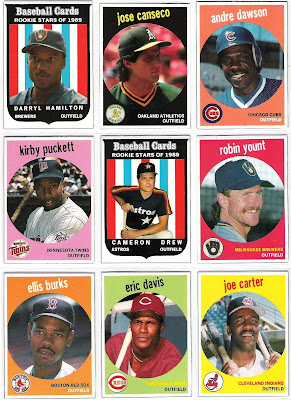 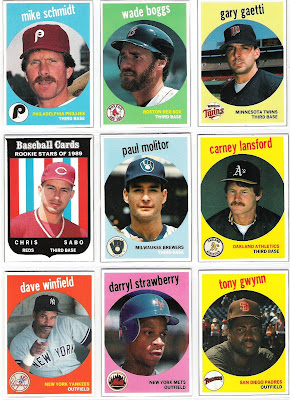 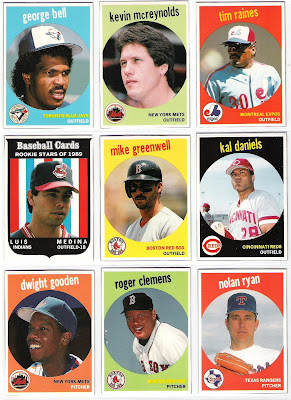 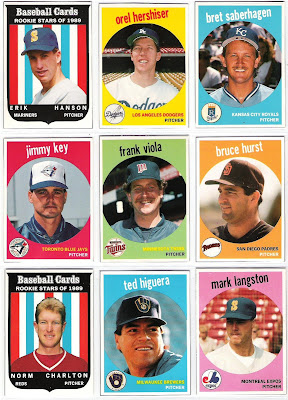 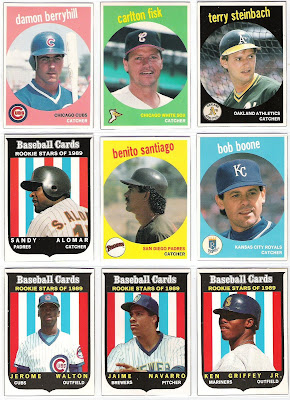 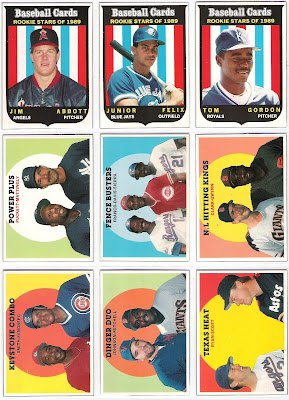 The backs were not as faithful of a reproduction as the fronts, but they did at least contain a cartoon 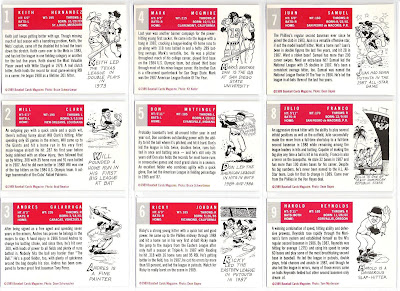 While this little insert set certainly is not as impressive as this latest Heritage release appears to be, its still good to take a look back and remember that there was a way for those of us who were collecting back in the late '80s & early '90s to enjoy seeing current players of the day on vintage card designs as well.

We had our own version of "Heritage" to collect years before Topps ever came up with the idea!
Posted by Fleerfan at 7:52 PM

Those look amazing! It's a shame Cal Junior is the only Oriole in the set.