Even though we've finished the team reviews, there is one more patch that I haven't covered yet which was issued as part of the Fleer Cloth Baseball Patches - the MLB Logo.

There are 4 variations of this patch as seen below: 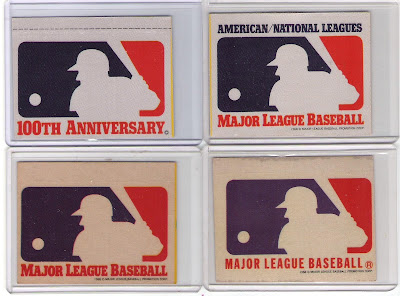