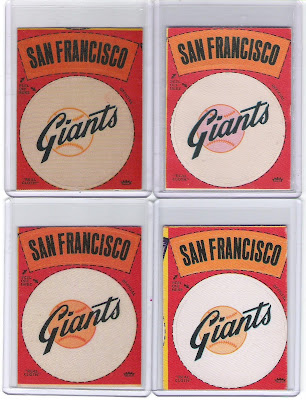 The baseball then turned orange as seen in the bottom 2 pictures. As we've seen with other teams that had orange in their logos, these can be found with a darker and lighter shade of orange. Finally, the ball returned back to white for the last release of the patches, but as far as I can tell, there is no variation between that patch and the first version pictured on the top left of the picture above.

For the Cap / Team Name patches, you have to look very closely to see the variation between the patch on the top of the picture below, and the 2 patches below it (other than the color variations): 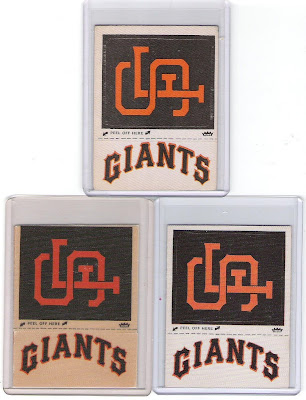