As we wrap up our review of the 1969 - 1977 Fleer Baseball Cloth Patches, there is a different set of patches that I haven't covered yet - the 1975 Team Pennant patches. These patches were issued along with the regular patches that I've just finished reviewing in packs of 1975 Baseball Patches.

The pennants were only produced in 1975, and were mentioned on the front of the box as "New Team Pennant In Every Pack!": 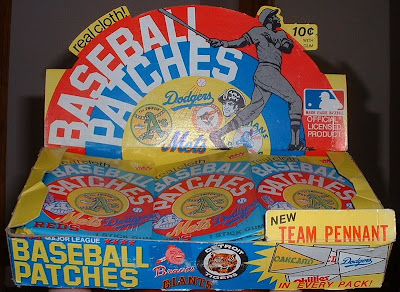 The pennants are smaller than the regular Baseball patches, and have a very thin strip on the left that says "PEEL HERE" with the pennant on the right: 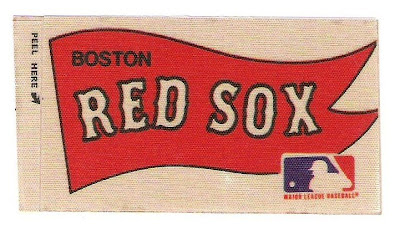 Here are the 24 team pennant patches that comprise the set: 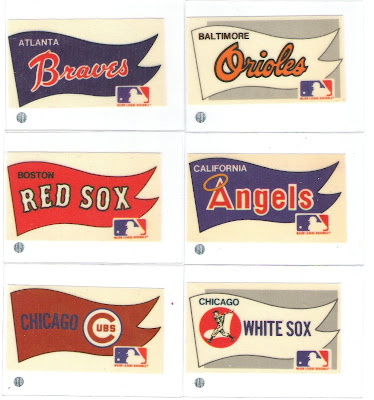 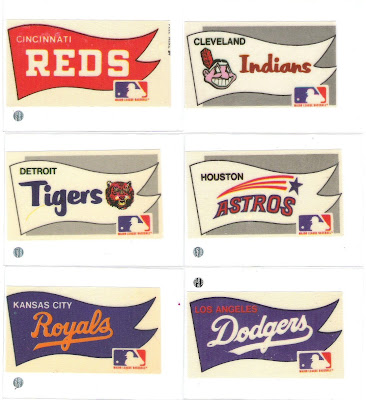 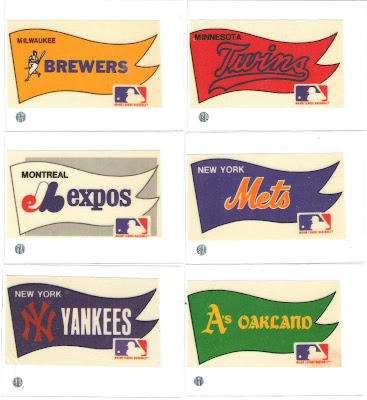 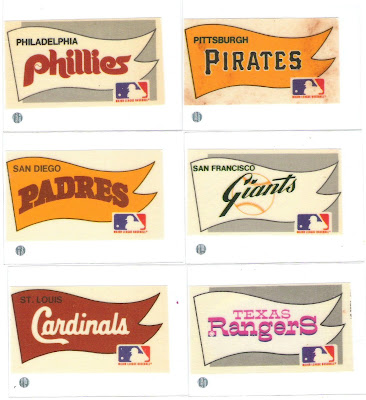 If you are wondering what the little circles are by most of the patches, its the Ultra-Pro logo on the penny sleeve that I'm using to store the patches.
Posted by Fleerfan at 8:10 PM