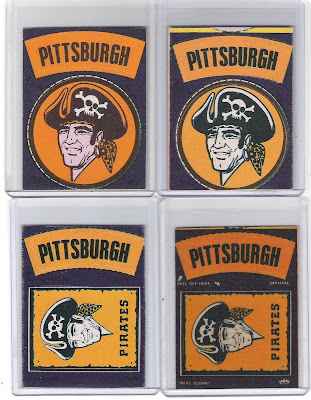 The logo then changed from a circle to a rectangular design - almost like an old weathered piece of paper. The difference between the 2 patches on the bottom are a slightly brighter yellow shade on the left, while the patch on the right has the directions printed on the border in white (and can be seen) as opposed to black (which are very hard to see) from the previous versions. 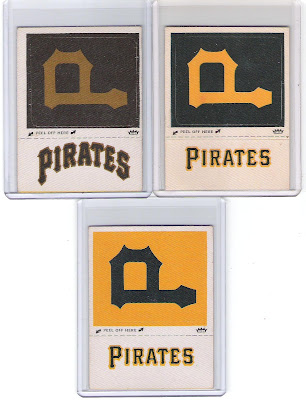 The final patch reversed the colors with a black "P" against a yellow background.
Posted by Fleerfan at 9:34 PM