The Padres have 2 different City / Logo Patches which can be distinguished by the fact that the patch on the left has a brown circle around the Padre instead of yellow and the bat and the Padre's skin are yellowish orange instead of white: 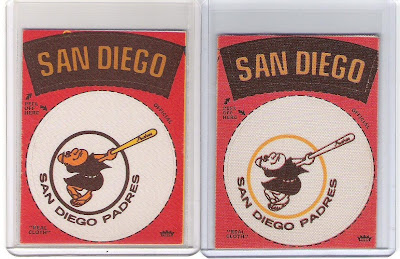 The patch on the left is the earlier version.

Likewise, the Cap/Team Name patches have a similar color variation with the earlier patch having a more yellowish orange shade for the interlocking "SD" (similar to the skin color on the Padre on the logo patch above) against a darker brown background as seen on the left: 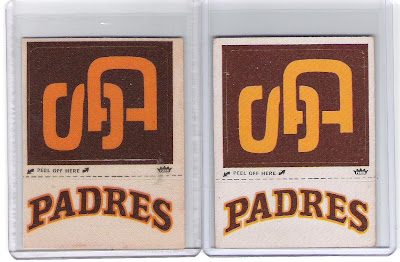 Whereas the patch on the right has a lighter shade of brown and a more yellow "SD".
Posted by Fleerfan at 8:22 PM